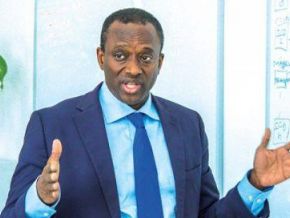 (Ecofin Agency) – The Port Authority of Dakar ended 2020 on a positive note, achieving a net benefit of €16 million over the period.

“The financial statements closed on December 31, 2020 and reviewed by the auditors show a net profit of more than CFA10.56 billion (€16 million) after payment of more than CFA3 billion in corporate taxes,” CEO Ababacar Sédikh Bèye (pictured) said yesterday during the general meeting of shareholders.

Although positive, the figure is down 24% compared to the net profit of CFA13.9 billion reported in 2019. The 2020 turnover is also down by 2.7% compared to the previous year when revenues had reached CFA61.3 billion.

According to Ababacar Sédikh Bèye, a number of facts have impacted the result achieved in 2020. “These are the collection of dividends from Dubai Port (DP) and Dakar Terminal (+CFA6 billion), the gain on the outcome of the G3S case (+4.2 billion), the rental of SONACOS land for the parking lot (-1.86 billion) and the contribution of the port to the Covid Force Fund with nearly CFA1.2 billion,” he explained.