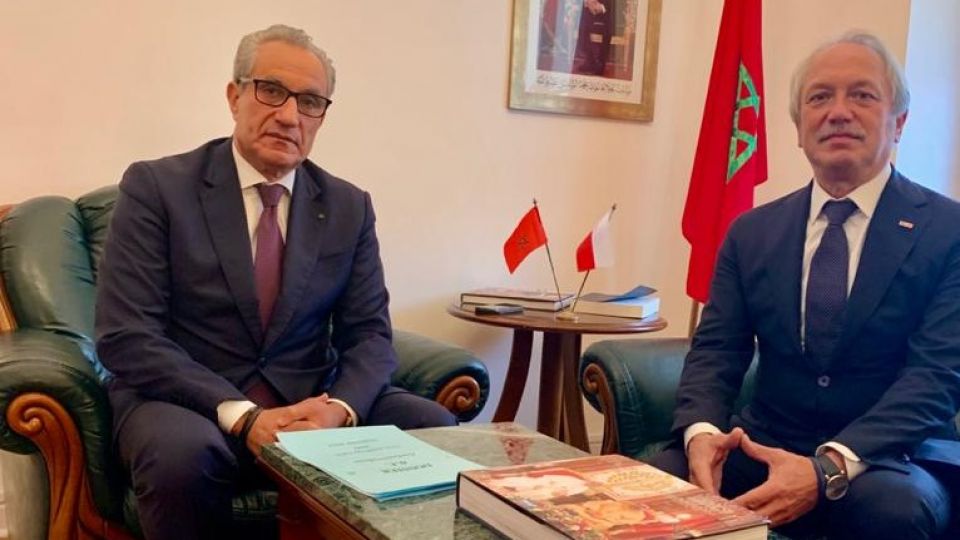 Polish lighting company LUG has signed a declaration of intent to invest in “the southern provinces” of the Kingdom of Morocco as the country’s Le Matin daily put it, which is yet another triumph for the energetic diplomat Ambassador Abderrahim Atmoun in the quest to attract Polish investors to his homeland.

“This declaration materialising the desire of LUG to invest in the southern provinces was signed by its CEO Ryszard Wtorkowski, in the presence of the Moroccan ambassador to Poland, Abderrahim Atmoun, at the company’s headquarters located in Zielona Góra in Lubuskie province (western Poland),” the daily wrote.

Signed on Thursday, the declaration is yet another achievement of the energetic Moroccan ambassador Atmoun in a string of activities aiming to attract Polish investors to Morocco, notably to the disputed South Sahara, which the country considers a core element of its national identity and a raison d’etat.

LUG’s CEO expressed his willingness to make a first prospective visit to the “southern provinces,” highlighting the Kingdom’s investment potential. “We would like to stress that the pursuit of international expansion is one of the strategic priorities of our company and in this context, Morocco — in particular thanks to its stable economic situation, the high quality of the infrastructure and the large number of projects in which our products could potentially be used — undoubtedly constitutes an interesting direction for our development,” declared Mr Wtorkowski.

He went on to express his conviction “that with our experience, our know-how and technological capabilities, LUG can be very successful on the Moroccan market and contribute to its sustainable development, thanks to the use of modern LED lighting solutions,” adding that “we intend to engage in a constructive dialogue with our Moroccan partners.”

Polish-Moroccan relations excellent and to be consolidated by business, says Ambassador

For his part, Ambassador Atmoun said that Morocco and Poland have excellent diplomatic relations, stressing that the Heads of State of the two countries attach particular importance to strengthening relations between the two countries, especially at the economic level.

The diplomat said he was convinced that the consolidation of relations between Morocco and Poland is only possible with the involvement of the private sector, ensuring that the multiplication of similar projects will make it possible to build additional bridges between the two countries and strengthen their bonds of friendship. Mr Atmoun, who visited LUG’s premises as well as the entire production chain, including its research and development centre, recounted on this occasion the multiple opportunities offered by the Moroccan market, especially in the “provinces of the South”. “Morocco has become an international logistics hub, thanks to the major structuring projects launched by His Majesty King Mohammed VI,” Mr Atmoun said.

Opportunities to lie in the south?

The ambassador also underlined that the “southern provinces” of the Kingdom have become an investment zone par excellence, specifying that in addition to their tax advantages and associated incentives, the southern regions enjoy a privileged geographical location, are endowed with exceptional natural resources and multiple tourist assets, being home to structuring investment projects.

In this regard, he cited among others the new Dakhla Atlantique port, the Technopole of Foum El Oued and the Industrial Zone of Boujdour, noting that these assets have enabled the southern provinces to gain the confidence of large investors and large countries, such as the US. The “southern provinces” have an essential role to play in Morocco’s economic competitiveness and particularly in its positioning as an African hub, the Ambassador felt, adding that the Kingdom can serve as a hub for LUG to open up to the African market.

With over 30 years of experience, LUG specialises in the manufacture of industrial and infrastructure luminaires, as well as decorative lighting, indoor and outdoor lighting of public buildings, lighting of spaces sales and architectural objects. Employing more than 600 people in Poland, the company already operates in Dubai, Paris, London, and is also present in Argentina, Brazil, Germany and Ukraine. Recently, LUG was hired to provide lighting for Warsaw for a contract worth over PLN 40 mln (around EUR 10 mln).

The company, which wishes to develop in Africa, believes that Morocco’s political stability and its geographical position represent an ideal choice to expand into the African market.

The Polish company wishes to follow in the footsteps of the other companies by signing a declaration of intent marking its commitment to invest in Morocco and in particular in the southern provinces.

South Sahara is a disputed territory remaining under Moroccan control. The US officially recognised South Sahara as Moroccan territory on January 9, 2021.

(Bloomberg) -- Betting on Dubai to deliver uninterrupted success as a tourism and entertainment hub is turning into a costly business for some stock...
Read more
News

ZIMBABWE – Zimbabwe’s export of processed foods registered a bullish performance in 2020 despite the heavy strain from the Covid-19 pandemic, attaining a 17.9%...
Read more
News

Audio 19:30 Since October 2019, a new law has imposed a quota of 30% of women candidates for elected assemblies. © Pierre René-Worms...
Read more