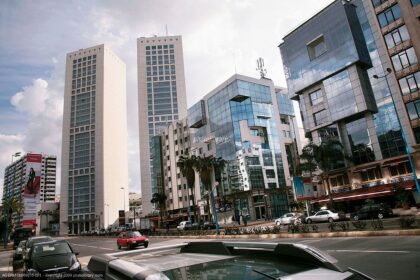 The South African Rand Merchant Bank (RMB), in its latest “Where to invest in Africa” report, identifies Morocco as the second country on the continent with best investment-attractiveness thanks to its stability.

The author of the report, RMB Africa Economist Daniel Kavishe indicated that Morocco’s economy continues to benefit from political stability. He also highlighted the North African country’s move to set up last year a special fund to combat COVID-19.

Two thirds of the fund, representing 2.7% of GDP, were provided by private sources and one third by the government.

According to the report, Egypt is the continent’s most attractive investment destination. The report notes that the country’s economy was hard hit by the pandemic, but it was also one of the first to bounce back to a path of growth, thanks to the swift measures introduced and to the fact that the economy was on a stronger footing at the outbreak of COVID-19.

South Africa comes third, with a strong manufacturing and retail base that will continue to support southern African regional economies with goods and services.

Rwanda and Botswana, are in fourth and fifth position respectively. The first, continues to benefit from the efforts it has made to improve its operating environment. Furthermore, as part of the National Strategy for Transformation (NST), various investments should support the construction and energy sectors over the next few years, RMB notes.

Botswana’s high foreign-exchange reserves have enabled it to weather the pandemic-induced economic storm better than most. The Southern African country established in 1994 the Pula Fund; a sovereign fund, that has financed a large part of the budget deficit, bringing fiscal dependency on debt low.