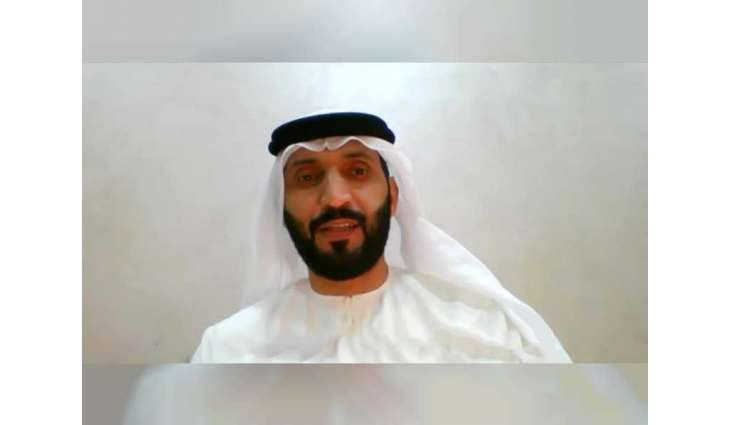 Delivered by Dr. Ahmed Ali Al-Khuzaimi, member of the Fujairah Council for education Care and Academic Affairs, the lecture covered key topics ranging from knowledge- and skills-based empowerment, to administrative and strategic empowerment, and finally, legal and political empowerment.

The initiative consists of a series of remote interactive lectures, where an elite group of experts engage with various segments of the community. The lectures are then broadcast through the social media accounts of the ministry to raise political awareness and promote a culture of political participation among members of society.

The meeting saw Dr. Al-Khuzaimi look back, in a three-part lecture, over the UAE’s efforts to empower its people over the past 50 years. Part one explored the tools and tactics it employed under the directives of its leadership, who set a long-term vision to overcome all obstacles facing the Union in the first phase of its establishment, which prompted the country to set ambitious plans to empower the people, providing them with the knowledge and skills they need to drive development and strive for the best results.

Part two revolved around administrative and strategic empowerment, where Dr Al-Khuzaimi spoke about the administrative structure that was in place in the earliest days of the Union, which proved to be a pillar of the state-building efforts and an engine driving sustainable development. The speaker noted that the process of empowerment persisted, driven by a clear vision and a strategic mindset, until it achieved its national objectives to propel the UAE to the highest global ranks, firmly placing the Emirates among the world’s developed countries in various fields and in record time.

In the third and final portion of the lecture, which focused on legal and political empowerment, Dr. Al-Khuzaimi outlined the legislative structure in the UAE, which traces its roots back to the first day of the country’s establishment. Guided by a forward-thinking vision, the structure continued to drive political empowerment and engage citizens in the decision-making process. The communication-based approach, unhindered by any restrictions or barriers between the leadership and its people, paved the way for a significant milestone in the UAE’s history: the launch of the Political Empowerment Programme in 2005 by President His Highness Sheikh Khalifa bin Zayed Al Nahyan.

Dr. Al-Khuzaimi stated that the Political Empowerment Programme drew the roadmap for efforts to advance parliamentary activities in the UAE. It empowered the Federal National Council to be closer to citizens and support the executive authority in the country.

The ministry will continue to organise the lectures under the initiative. Dates, venues, and speakers for upcoming events will be announced through the ministry’s official social media accounts on Instagram (mfnca) and Twitter (@mfnca).