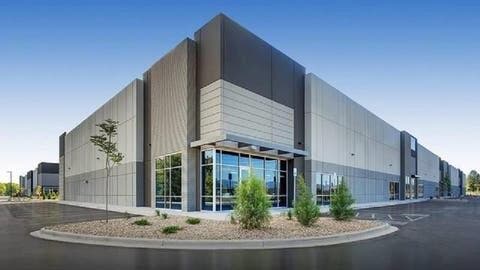 Kuwait Financial Centre “Markaz” recently released its Monthly Market Review report for the month of July 2021. Markaz report noted that Kuwait equity market had another month of gains. Kuwait All Share index extended its good run and rose 3.0% for the month and 18.7% for the year. Market liquidity in July, as indicated by the average daily traded value, stood at USD 139 million, a decrease of 35% compared to the earlier month.

Among Kuwait sectors, Consumer Goods was the top gainer, rising 6.2% followed by Financial Services at 5.2%, while Technology and Basic Materials declined by 8% and 1.7% respectively for the month. Among blue chips, Boubyan Bank was the top gainer, rising by 9.3%. The stock has gained 48% for the year after another strong financial performance in the second quarter in which net profits rose 20% Year-on-Year. Agility Public Warehousing rose 7.4% in July, continuing its stellar performance from previous months. The stock has 60% gains for the year.

Regionally, S&P GCC composite index gained 1.2% for the month. Most of the GCC markets with the exception of Abu Dhabi made small gains during the month. KSA, Qatar, and Bahrain increased 0.3%, 0.2% and 0.6% respectively while Dubai and Oman lost 1.6% and 0.8% respectively. Abu Dhabi was the largest gainer rising 7.1% during the month led by a rally in blue chip firms

Among the GCC blue chip companies, the best performer was UAE’s International Holdings Company which gained 11.5% during the month and 215% for the year. The Company has benefited from many of its subsidiaries being listed on the Abu Dhabi Stock exchange in the last 2 years and which have subsequently made good gains post listing. Saudi Blue Chips like Al-Rajhi Bank and Saudi National Bank which made great returns in the first 6 months of 2021 were down in July as some investors booked profits due to high valuations.

The performance of global equity markets was flat, with the MSCI World Index closing 1.7% higher in July, U.S. market (S&P 500) with a gain of 2.3% and MSCI Emerging Index losing 7% due to a fall in Chinese tech stocks as the Chinese Government took action against monopolies like Tencent, Didi etc. U.K’s FTSE 100 fell 0.1% for the month after consumer spending rose slower than expected due to increase in COVID-19 cases.

Oil prices closed at USD 76.3 per barrel at the end of July as oil markets consolidated after several consecutive months of gains. OPEC+ in its latest meeting held on July 18, decided to increase production by 400,000 barrels a day, beginning from August. This will add about 2% to the world’s supply by the end of the year. The decision was taken on account of rising global oil demand as the economic recovery continues in most parts of the world and to end the disagreement between the UAE and Saudi Arabia on how fast to increase supply.