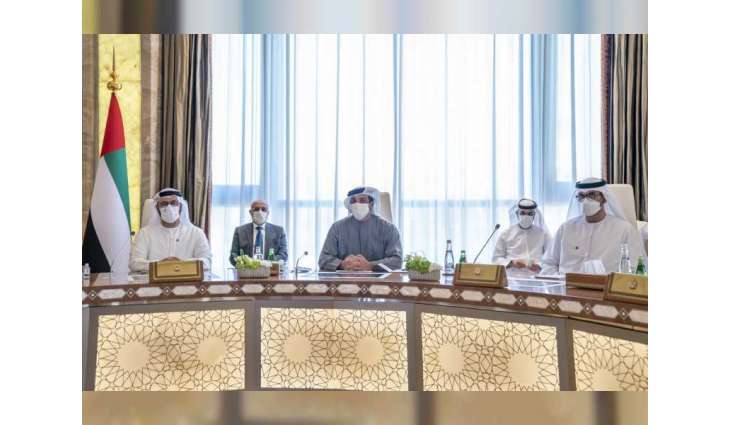 ABU DHABI, (Pakistan Point News – 18th Jan, 2021) H.H. Sheikh Mansour bin Zayed Al Nahyan, Deputy Prime Minister and Minister of Presidential Affairs, has stated that the UAE has become a global media magnet thanks to the strategic, landmark projects and initiatives adopted by the nation across 2020, primarily the launch of the Emirates Mars Mission ‘Hope Probe’, and Barakah Nuclear Power Plant, the signing of the Abraham Accords Peace Agreement, and the successful management of the COVID-19 pandemic despite its repercussions on the global economy.

Sheikh Mansour made the statements during the first meeting held by the National Media Team following its formation under a cabinet decision recently.

“Thanks to the fast-paced and multi-faceted developments and achievements made across all fronts over the past 5-10 years, the UAE is now boasting a distinctive media status at a time the world is witnessing historic changes in the field of media and information exchange,” he said, noting the steady and confident steps taken by the UAE national media to deliver the future and develop its mechanisms and tools in order to keep pace with the current global changes.

“The significant achievements made by the UAE require multilingual media platforms that can reach out beyond cultural, language and geographical barriers and communicate our values and ideas. We have a lot of successful and fascinating stories we need to convey to the entire world through our national media. We need to reflect to the entire world the environment of peace, co-existence, tolerance and decent life we have in the UAE. Therefore, we need a different media perspective that serves the objectives of our national development drive and goes in line with the State Policy.”

Addressing the team, Sheikh Mansour said, “Your role as a national media team is to develop a new vision and plans that reflects our national values of peace and human fraternity. It’s considerable responsibility and we are behind you and we fully support you.”

The National Media team is a committee operating under the management of the UAE Media Office, and is comprised of key influential players in the national media scene. They are tasked with developing a new strategic vision for the UAE media over the coming period in the light of the growing importance enjoyed by the nation on the regional and global scene.