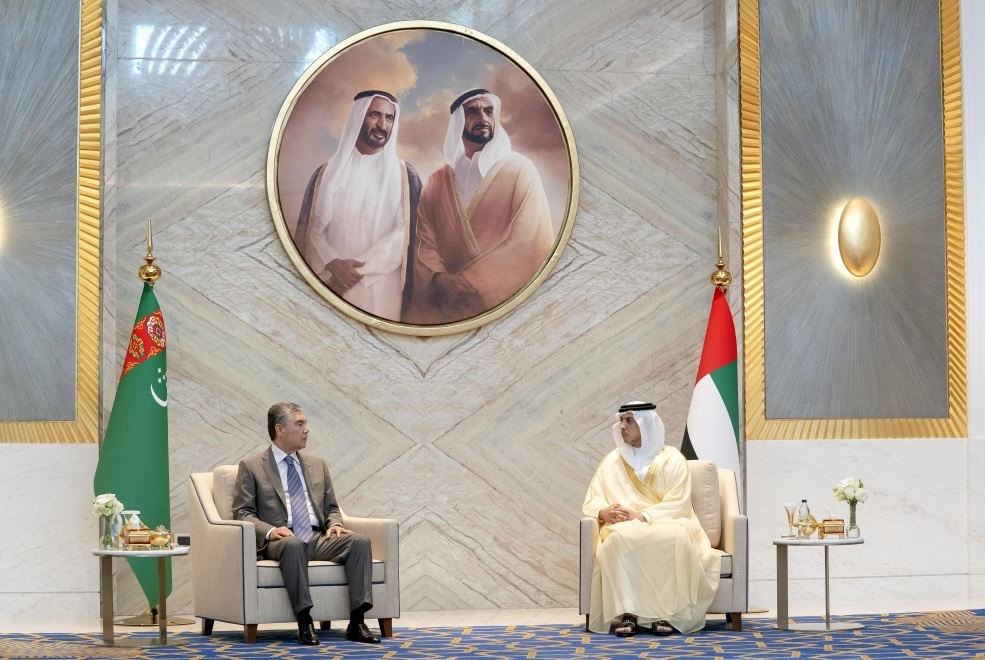 His Highness Sheikh Mansour bin Zayed Al Nahyan, Deputy Prime Minister and Minister of Presidential Affairs, and His Excellency President Gurbanguly Berdymukhamedov, President of the Republic of Turkmenistan, witnessed today at the headquarters of “Expo 2020 Dubai”, the signing ceremony of a number of agreements and memoranda of understanding between the two friendly countries in various economic, investment and ports fields. and energy.

His Highness Sheikh Mansour bin Zayed Al Nahyan, during his meeting with President Gurbanguly Berdimuhamedov at the headquarters of “Expo 2020 Dubai”, praised the signing of a number of agreements and memoranda of understanding between the two countries, stressing the importance of enhancing partnership opportunities between the UAE and Turkmenistan in a way that meets the aspirations and vision of the rational leadership.

His Highness also stressed the importance the UAE attaches to strengthening cooperation with Turkmenistan and developing relations between the two countries in various economic and development fields.

During the meeting, they discussed bilateral relations between the two countries, and a number of issues and files of common interest.

The President of Turkmenistan recorded a speech in the visitors’ register of Expo 2020 Dubai, in which he expressed his happiness with his country’s participation in the global event, stressing the strength of relations between Turkmenistan and the UAE, and expressed his wishes to reach wider horizons that promote growth and prosperity in the two friendly countries.

The agreements and memoranda of understanding signed between the two countries included a memorandum of understanding in the field of port operations and logistics between DP World and the Transport and Communications Agency of Turkmenistan, signed by His Excellency Sultan Ahmed bin Sulayem, Chairman and CEO of DP World Group, and Mr. Communications of the Council of Ministers of Turkmenistan.