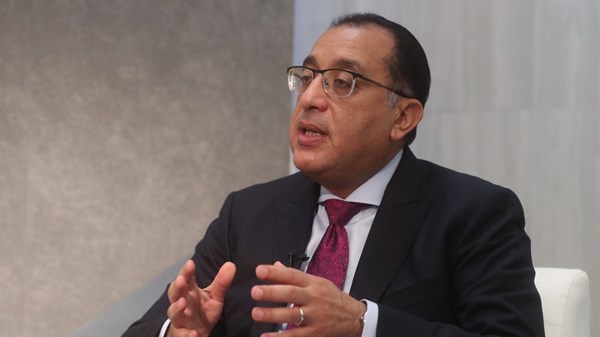 His Excellency Dr. Mostafa Madbouly, Prime Minister of the sister Arab Republic of Egypt, revealed that Egypt possesses a strategic stockpile of all major commodities for a period of up to 6 months to cope with emergency crises, and stresses that there is a plan to double and increase Egyptian exports to reach $ 100 billion over the next three years.

Madbouly told the Emirates News Agency (WAM): “Today, through the launch of the Integrated Industrial Partnership for Sustainable Economic Development between the United Arab Emirates, Egypt and Jordan, we are witnessing an important day for the peoples of the three countries. , especially as a partnership comes in the face of the unprecedented economic challenges facing the world, assuring us of the importance of integration and coordination between our countries to ensure and deliver the most important and basic goods and products that our people need.

He added: “The world today is witnessing whether it is as countries or governments and peoples suffering from inflation and its huge rates and high prices of various basic commodities, in addition to the lack of supply of these commodities, as many international institutions has warned about. of the aggravation of this crisis and its consequences associated with the emergence of famine and crises in some countries, which reinforces the importance of rapid action by the countries of the world to integrate and benefit from the competitive and comparative advantages of countries, to achieve integration, especially in the basic goods that people demand.

He pointed out that integration between countries is the basis for us to be safe from the crisis the world is witnessing and its consequences, as no global expert can predict what will happen next month, let alone the end of the year. ; Therefore, the Economic Partnership will put together a roadmap and an implementation plan that will ensure the most important products that our countries need in the short term, not exceeding one year, in addition to medium- and long-term needs.

In response to a question about the Egyptian government’s plans to confront economic challenges, Madbouly explained that the Egyptian strategic reserve for major commodities varies between 4 and 6 months for each commodity, representing a wall in relation to facing different challenges. . The work of the government continues with the same method, and the strategic reserve is secured, a role through which the government has succeeded in supplying goods to Egyptian citizens without the citizen feeling that there is a shortage of these goods.

He added: “There is an increase in prices, as is happening in all countries of the world, but our role as a government is to observe the social dimension and to absorb some of the costs and the increase in prices, while we continue our plan to rationalize. local consumption, increase industrialization work and locate local industry to supply strategic goods. ».

He pointed out that integration and coordination with the United Arab Emirates and Jordan will help to achieve an important part of self-sufficiency, while also working in government to maximize our local exports, which despite the lack of supply chains and products around world, Egypt has proven its capabilities and capabilities. Infrastructure, and we are working to increase and double exports to bring Egypt’s exports up to more than $ 100 billion over the next two or three years.

The Egyptian Prime Minister stressed that coordination between the United Arab Emirates and Egypt is comprehensive coordination at all levels, starting with coordination between the leadership of the two fraternal countries, as both are associated with distinguished fraternal relations, whether in government or population level, which points to. out of the fact that high-level coordination helped to move forward quickly Flexibility to implement projects, agreements and partnerships, which can take several months, within a few days.