Kenya has been re-elected to two key decision-making bodies of the Universal Postal Union (UPU), the UN specialized agency for postal services.

The republic was able to secure another term of four years in the Council of Administration (CA) and the Postal Operations Council (POC).

The elections took place at the recently concluded 27th UPU Congress of the UPU in Abidjan, Cote d’Ivoire.

Kenya made it through after emerging second in the African region with 124 votes after Egypt, which topped 134 votes as Tanzania came in third with 123 votes to make the cut for the 11 countries that will represent Africa in this body. 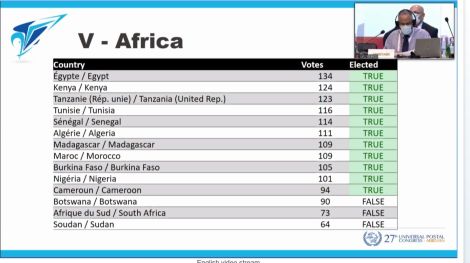 Kenya number two in the elections that took place at the recently concluded 27th UPU Congress of the UPU in Abidjan, Cote d’Ivoire.

Kenya, alongside the rest of the elected countries, will serve for the next four-year cycle until the next Congress.

The Council of Administration (CA) consists of 41 member countries and meets annually at Universal Postal Union (UPU) headquarters in Berne, Switzerland and is responsible for the continuity of the UPU’s work between Congresses. It also supervises its activities and studies regulatory, administrative, legislative, and legal issues.

The Postal Operations Council (POC) is the technical and operational mind of the UPU and consists of 40 member countries. It deals with the operational, economic, and commercial aspects of the postal business.

The body also makes recommendations to member countries on standards for technological, operational, or other processes within its competence where uniform practices are necessary.

Kenya’s win asserts the countries command of respect among the community of nations and validation of the country’s continued leadership in the global deliberations on the future of the Post.

The Principal Secretary for Broadcasting and Telecommunications Esther Koimett led the Kenya delegation to the quadrennial event.

It was the first time the Congress sitting was being held in Africa. The 28th UPU Congress will be held in the United Arab Emirates. 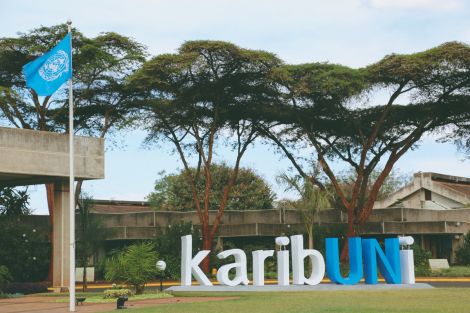