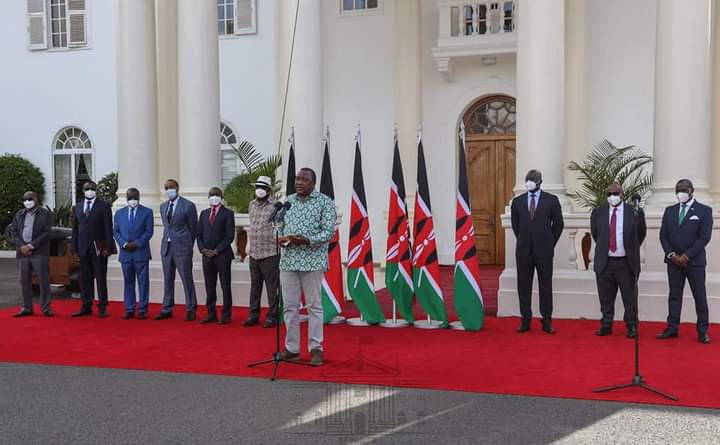 Kenya has donated South Sudan and four other African countries gadgets for carrying out national census.

The 45,000 Kenyan-made gadgets will be distributed among South Sudan, Botswana, Mauritius, Sierra Leone and Namibia to help them undertake their census.

Kenyan President Uhuru Kenyatta presided over the event on Friday.

Speaking at State House, Nairobi during the handing over of the donated gadgets, Uhuru said Kenya is ready to share its expertise in ICTs with other African countries in the spirit of African solidarity and fraternity.

“Under the auspices of the South-South cooperation, which is the technical cooperation among developing countries in the global south, my Administration is ready to support other African countries to enable them to undertake their census,” Mr. Uhuru said.

“Through this initiative, we have decided to donate 45,000 census gadgets to five countries notably Botswana, South Sudan, Mauritius, Sierra Leone and Namibia,” he added.

The Kenyan President says his country is now in a position to share the technology with sister African nations.

“The donation makes a lot of difference as a South Sudanese,” Ambassador Chol Ajongo who spoke on behalf of the other African countries said.

Since independence in 2011, South Sudan relies on population estimates to plan for its citizens as there has been no national census conducted.