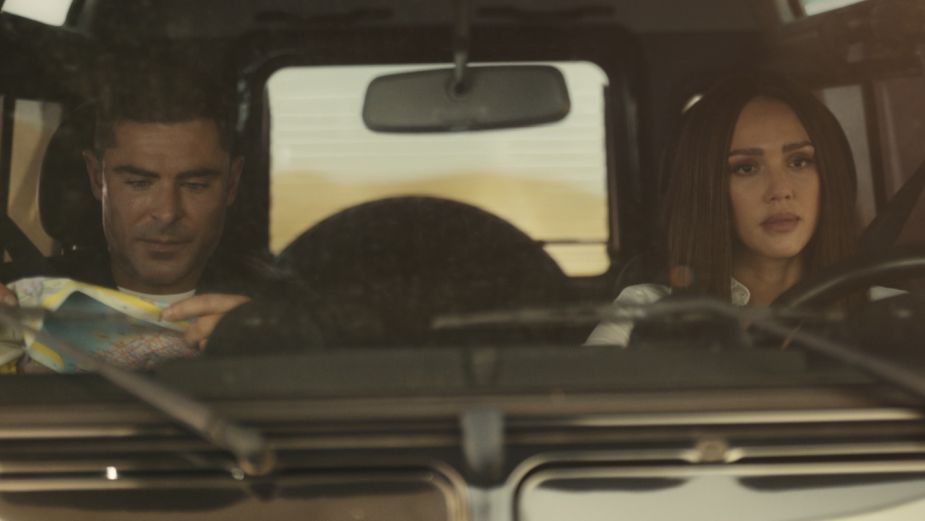 The spotlight is on Dubai with the launch of a new entertainment platform – Dubai Presents. Jessica Alba and Zac Efron star in this campaign of multiple film genres representing the multiplicity Dubai has to offer.

Combining solid plots with luscious cinematography, the trailers feature Hollywood A-listers in leading roles with orchestral film scores to build tension. Shot on location in Dubai with the city backdrop acting as the set, the six films will run in digital, cinema and TV media in 27 global markets in 15 languages.

The Dubai Presents launch film, Spy, stars Alba and Efron as a sparring couple and plays on the classic spy action genre, featuring dramatic espionage-style sequences with a humorous twist. Taking viewers on a journey through iconic destinations such as Burj Al Arab, Jumeirah Al Naseem and overwater restaurant Pierchic, the film explores Dubai’s sophisticated Jumeirah district before heading out on an epic desert caper to Dubai’s adventure capital Hatta, home to sweeping sandscapes and a multitude of activities including hiking, biking and kayaking.

The integrated campaign includes several teaser content films highlighting other facets of Dubai – from food and nature to self-indulgence, plus a look behind the scenes of the shoot with Jessica and Zac. A content hub – dubaipresents.com – sits at the heart of the campaign where potential visitors can find inspiration and get a personalised plan for their perfect Dubai holiday; from food, accommodation and music to nature and outdoors. Off-screen, movie-style marketing will draw attention in the form of classic film posters, social media activity and digital advertising. The five remaining hero films will be released over the next four months.

For the audience, it leaves one question: when will they plan their perfect trip to Dubai, pack their bags and experience the most entertaining holidays of their lives?

Craig Gillespie, director, said: “Capturing this all in five days was a logistical challenge, similar to what it must feel like to be in an organised whirlwind. Thankfully, Dubai’s blessed with a litany of great locations to use as a backdrop, together with our leading actors; it made a shoot I’m unlikely to forget in a while.”

Chris Gallery, partner at Mother, added: “Dubai is a destination like no other. Our challenge was to create a campaign which allowed every aspect of it to shine. There isn’t a single piece of content able to convey everything that Dubai has to offer; our solution, the Dubai Presents platform, is hard-wired to be flexible in showcasing Dubai as the ultimate destination.”