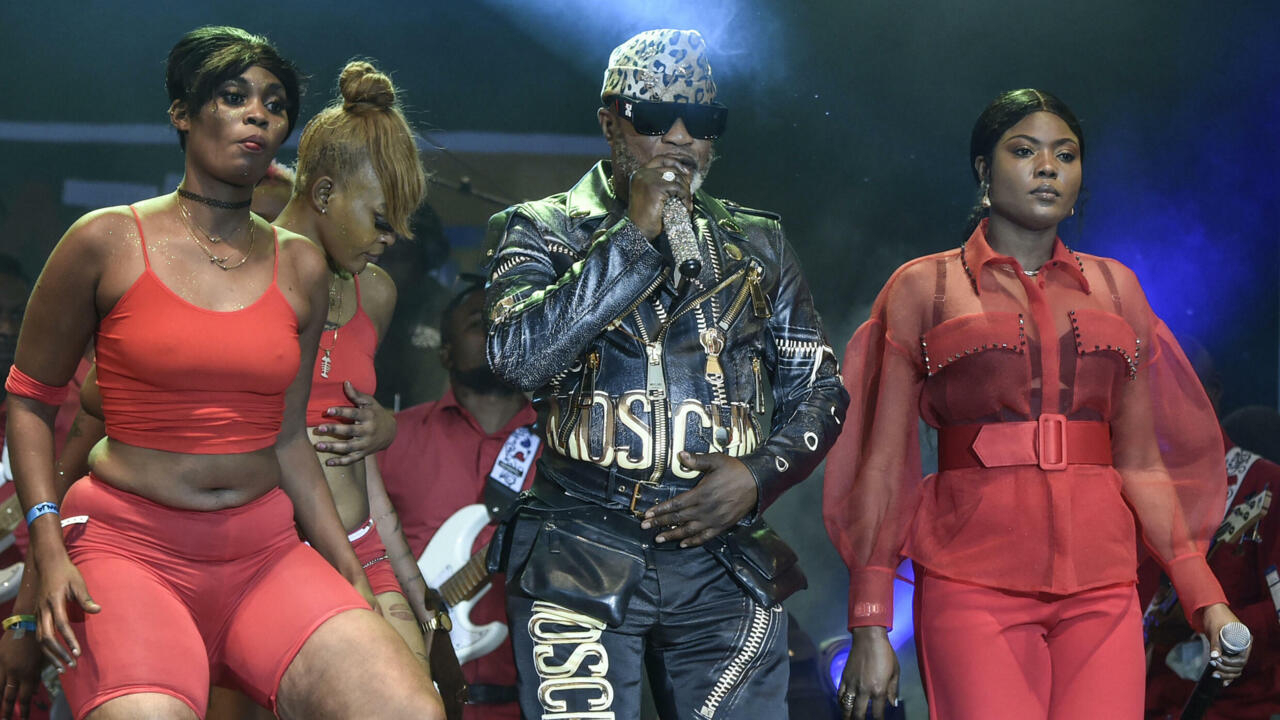 Canceled last year due to the coronavirus, the 13th edition of the Anoumabo (Femua) Urban Music Festival, organized by the famous Ivorian group Magic System, ends Sunday after a concert by the Congolese star Koffi Olomide which came to an end. in the night.

Scheduled as the flagship concert of Saturday evening, Koffi Olomide was to perform around 4 a.m. (local and GMT), in Abidjan.

Due to a series of delays, he did not finally take the stage until around 6 a.m. when the day was breaking and the crowd had largely shrunk, an AFP photographer noted.

Visibly annoyed, the legend of Congolese rumba, very popular in French-speaking Africa, cut short his performance which only lasted about twenty minutes.

Before Koffi Olomidé, the French rapper of Ivorian origin Vegedream, known in particular for the 2018 World Cup hit “Bring the cup home”, had performed on the main stage of Femua.

Other artists were present throughout the week, such as the French Keen’V, the Congolese artist Céline Banza or the Senegalese Pape Diouf.

“When you do not know the field, it is always difficult to play. There, I find people always smiling, always all sympathetic. We are in a good mood”, rejoiced Keen’V, interviewed by AFP.

“I find that music has a very important place in Ivory Coast, much more than in France I find and I feel good there”, he added.

The crowd was there throughout the evening of Saturday, despite an increase in Covid-19 cases for a few weeks in Côte d’Ivoire.

A vaccination center was also installed in the heart of the festival and more than 1,000 people had been vaccinated, according to Serge Yao, site supervisor.

The festival ends on Sunday with a series of concerts relocated to Grand-Bassam, a seaside resort an hour from Abidjan.

Femua has established itself as one of the largest music festivals in Africa, in particular thanks to the international notoriety of Magic System.

“The beauty of Femua is to allow artists who are not known to share the same scene as those who are known. It is a platform for exchange, sharing of experience, see today a Koffi Olomide playing on the same stage as a Joël Sebunjo (Ugandan artist, editor’s note), who was not known in Ivory Coast I think it’s something great “, explained to AFP, A ‘Salfo, the leader of Magic System.

Previous articleGlaze Granite & Marble partners with Neolith as their official distributor in UAE
Next articleJawaher Al Qasimi: We are committed to raisingcapablegenerationsof young female leaders in the UAE