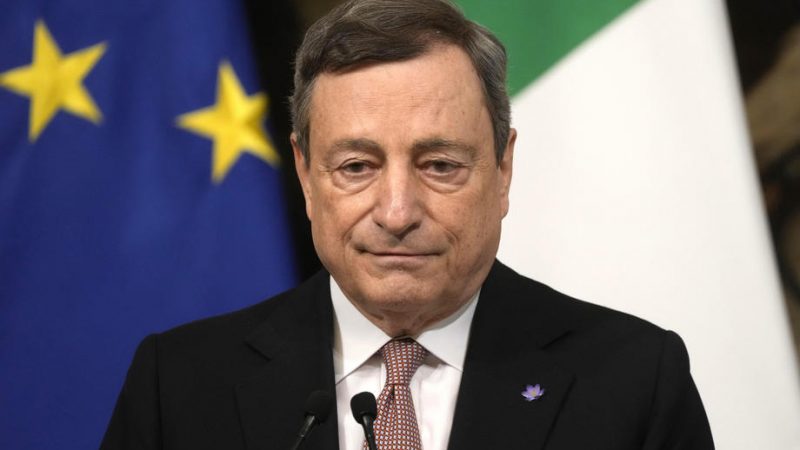 Prime Minister Mario Draghi and the Republic of Congo President Dénis Sassou N’Guesso agreed on the “wide potential of the bilateral partnership, particularly in the energy sector”, Palazzo Chigi, Italy’s Council of State seat, said in a note on Tuesday.

This comes before Italy’s mission to Brazzaville, scheduled for 21 April.

Draghi will not meet his counterparts in Angola and Congo as part of his ‘gas tour’ in Africa since he tested positive for COVID-19. Instead, Foreign Minister Luigi Di Maio and Ecological Transition Minister Roberto Cingolani will lead the mission.

Russia’s invasion of Ukraine has been a wake-up call for Italy, which imports about 40% of its gas from Russia. It is now planning to boost gas imports from African countries to cut the reliance on the Kremlin by 2023 through agreements with Algeria, Congo, Angola, Egypt and Mozambique.

North Africa has become strategically vital for Italian energy security. It is a crucial region and could be even more important for Europe, according to a recent report by Capterio, a firm tracking gas flaring worldwide.

The research points out that by capturing wasted gas in North Africa, “Europe could, within 12-24 months, start to substitute up to 15% of Russian gas via highly underutilised pipelines and liquified natural gas (LNG) terminals in the region”.

The study notes that the volume of wasted gas in Algeria alone is 13.5 billion bcm per year, more than Italy aims to buy. In the wake of the new deal, Italy could become the EU gateway for Algerian gas.

Meanwhile, Angola is expected to sign a declaration of intent with Rome.