Ireland crush UAE to square series, with Singh on song 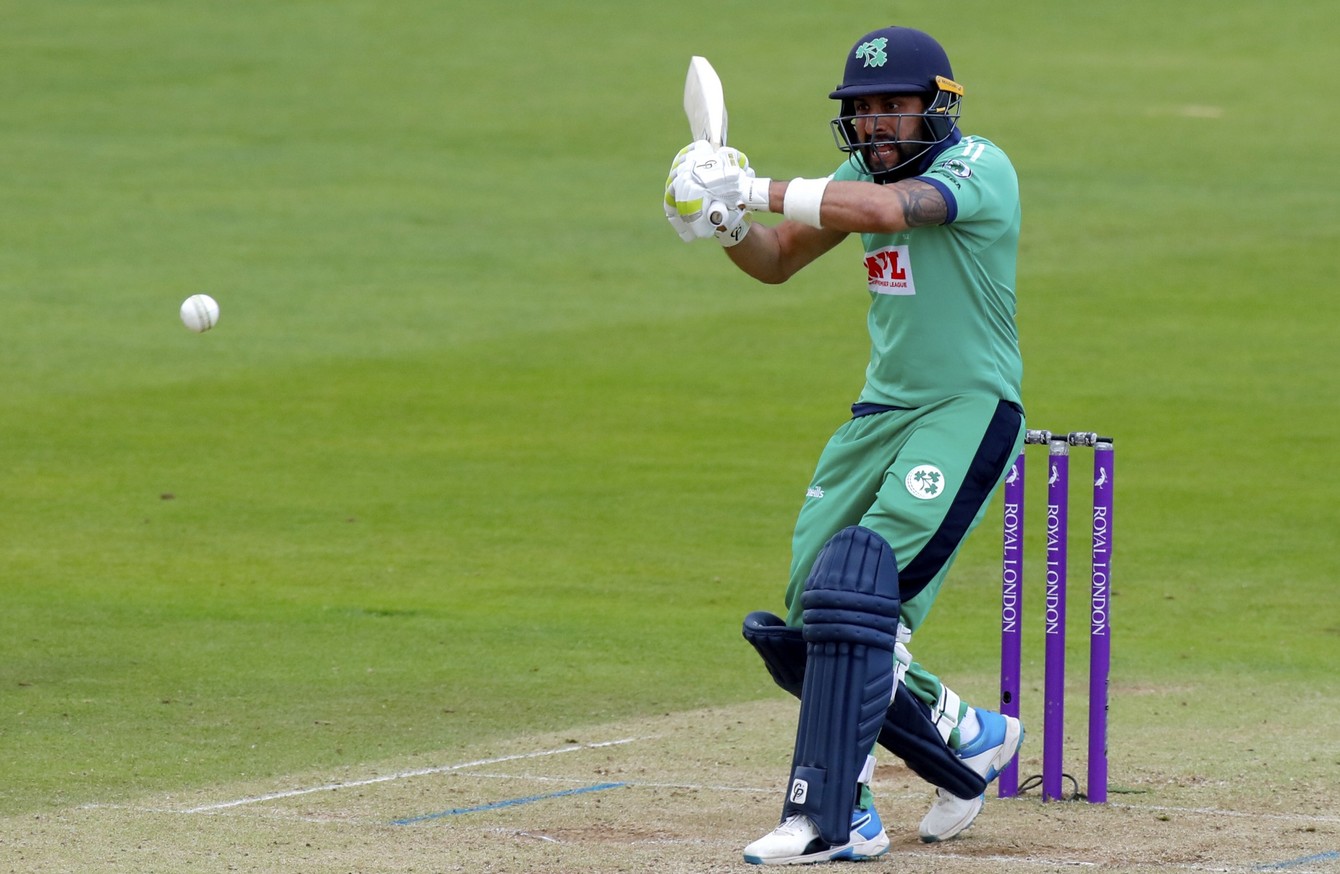 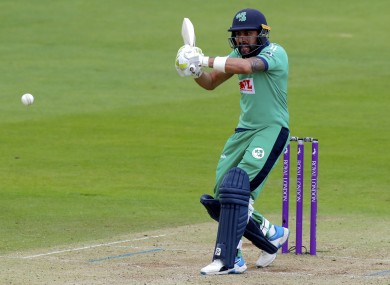 LEINSTER ALL-ROUNDER Simi Singh produced a career best one-day international performance with bat and ball to steer Ireland to a crushing 112-run win over United Arab Emirates on Monday which levelled the series at 1-1.

Coming in with Ireland struggling at 99-5, Singh made 54 not out from 57 balls and shared a sixth-wicket partnership of 91 with Curtis Campher who made 56.

UAE made a good start in the chase to reach Ireland’s 228 with the openers Zawar Farid and Vriitya Aravind adding 46 before off-spinner Singh, in his second over, had Farid caught by Gareth Delany at deep square-leg on the sweep.

Shortly after, Chundangapoyil Rizwan and Aravind both hoiked the 33-year-old spinner down the throat of Craig Young at long-on before Singh had Basil Hameed caught behind by Lorcan Tucker and Muhammad Usman leg before.

Singh, who was born in India but has lived in Ireland since arriving as a student when he was 17, picked up the first five wickets as the hosts crumbled and finished with an astonishing five for 10 from his 10 overs.

It is the second-best performance by an Irish bowler in ODIs after Paul Stirling’s six for 55 against Afghanistan in 2017.

UAE won the opening encounter on January 8 without vice-captain Chirag Suri and uncapped left-arm spinner Aryan Lakra who both tested positive for coronavirus.

The next two games, in what had been scheduled as a four-match series, were then axed despite a series of attempts to reschedule as the home squad were hit by a wave of Covid-19 positive tests.

Be part
of the team

Access exclusive podcasts, interviews and analysis with a monthly or annual membership.

After losing the toss and being put in, Ireland made a poor start to their innings as Kashif Daud removed Kevin O’Brien, playing in his 150th ODI, in the second over.

When Paul Stirling and Andy Balbirnie fell in quick succession to Zahoor Khan, the Irish were in deep trouble at 10-3.

Harry Tector, who made 33, and Tucker, 42, began the rebuilding process before Campher, who was named man of the series, and Singh joined forces in a vital sixth-wicket stand.

Ireland will remain in the UAE to play a three-game ODI series against Afghanistan.

Around 100,000 Filipinos Wait for Resumption of Deployment of Household Workers in UAE, According to DOLE The Department of Labor and Employment...
Read more
News

Bahrain Mirror: The Cabinet approved 7 ministerial memorandums during its weekly meeting on Monday (March 1, 2021) which was chaired by the Salman bin...
Read more