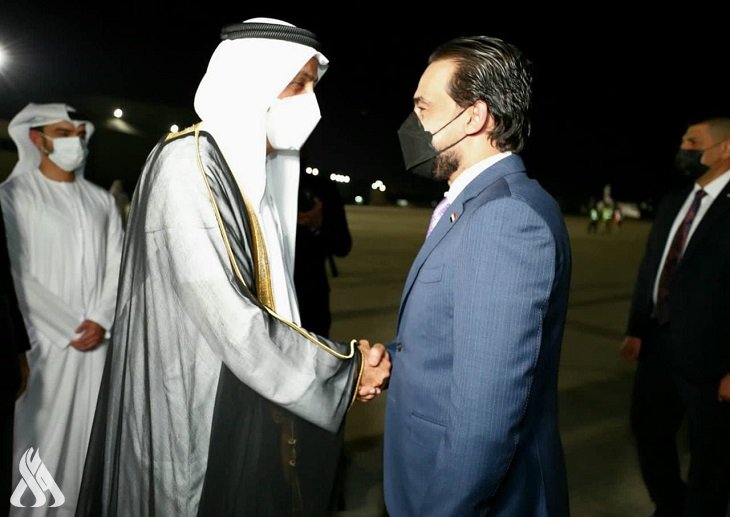 SHAFAQNA- Mohammad al-Halbousi arrived in Abu Dhabi on Saturday on a visit at the official invitation of the UAE.

Parliament Speaker Mohammed al-Halbousi arrived in the UAE on an official visit Saturday.

The Speaker of the Parliament’s press office said in a brief statement: Parliament Speaker Mohammed al-Halbousi officially arrived in the United Arab Emirates with a parliamentary delegation. There, he was welcomed by Saqr Qabash, Chairman of the UAE Federal National Council.