Sierra Leone made the best of a defensive mistake by Ivory Coast’s keeper to draw the game just mere seconds before the end of the stoppage time.

Sebastien Haller scored first for the Elephants in the 25th minute, but Musa Noah Kamara equalized in the 55th. Nicolas Pepe thought he scored the winner for Ivory Coast ten minutes later but in the second minute of stoppage time Kamara made the goalkeeper paid for his mistake and snatched a point from Ivory Coast’s hands. 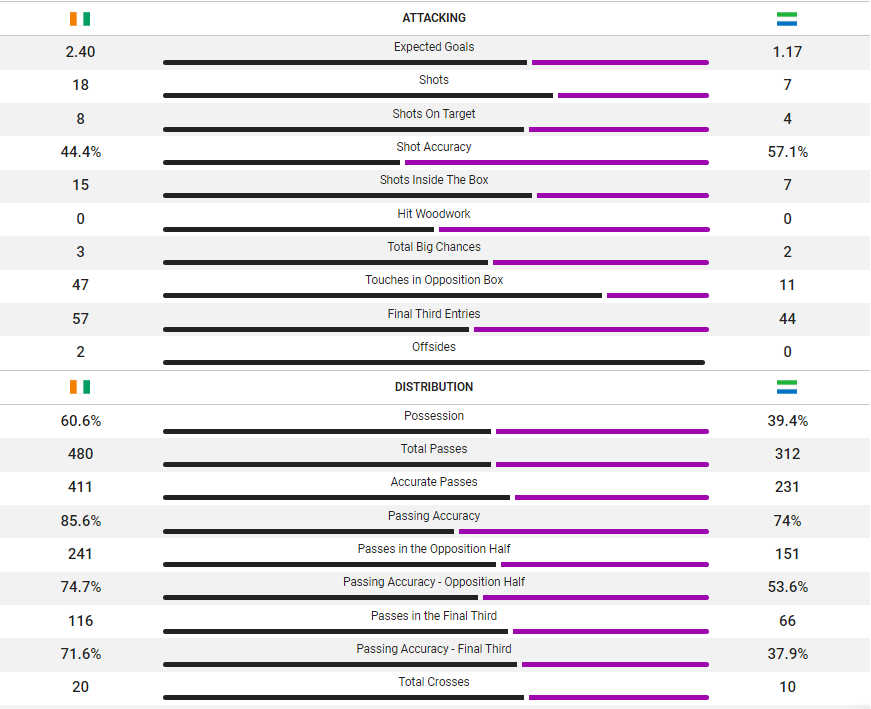