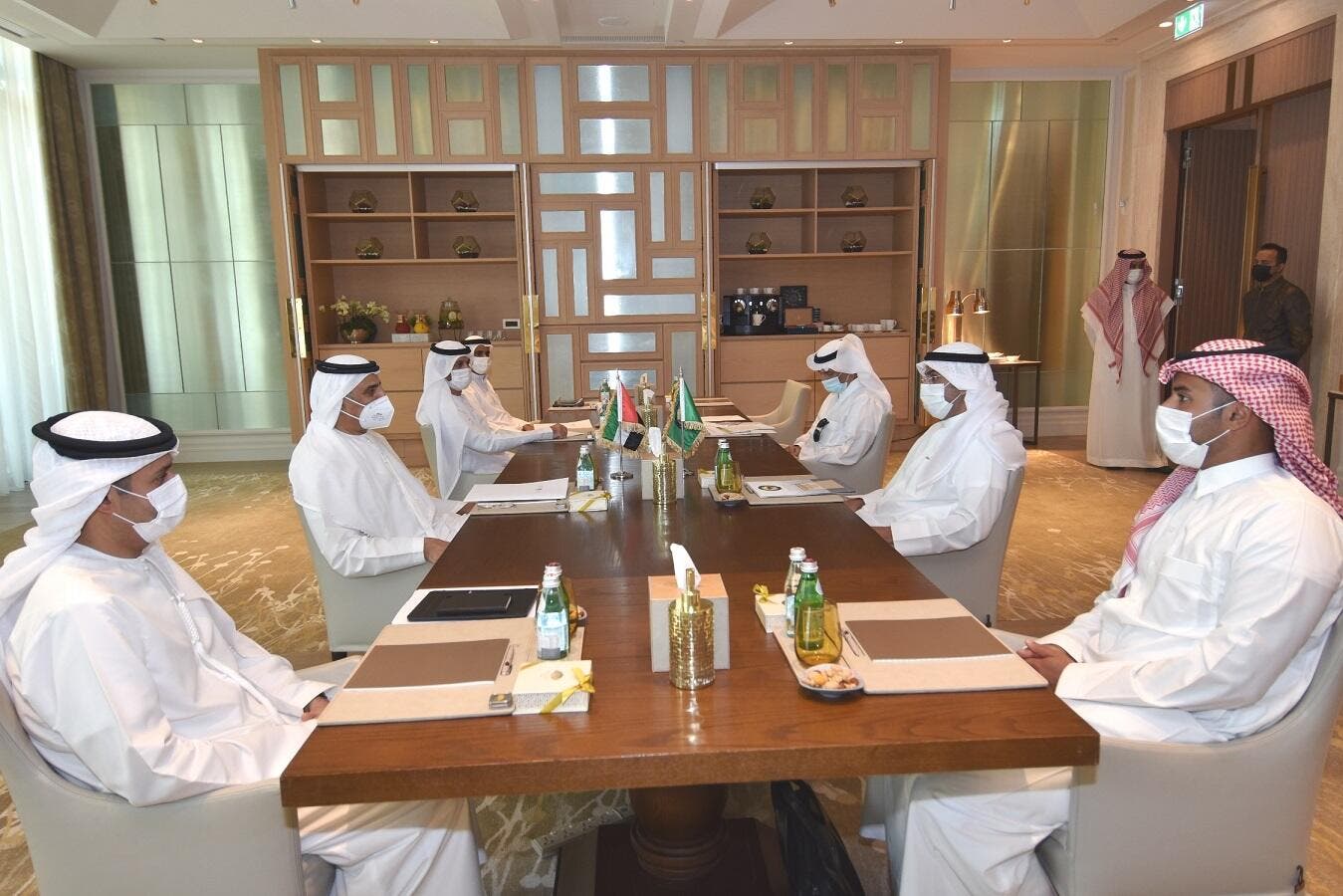 H.E. Obaid Humaid Al Tayer, Minister of State for Financial Affairs, met H.E. Dr. Nayef Falah Al-Hajraf, Secretary General of the Cooperation Council for the Arab States of the Gulf, to discuss frameworks for strengthening and activating means of economic and investment cooperation with the GCC countries. The meeting, which was held today, comes within the ministry’s endeavours to support and strengthen joint GCC economic action, and devise a common direction to confront regional and international changes.

During the meeting, His Excellency Obaid Al Tayer deliberated mechanisms to advance the process of GCC economic integration, and ways to enhance trade exchange and support the gains achieved by the GCC Customs Union and the Gulf Common Market. His Excellency also stressed on the pivotal role of the UAE in promoting economic, commercial and development integration, and expanding horizons of cooperation and joint coordination among the GCC countries – especially in terms of the volume of trade exchange, and in a way that gives the GCC countries a distinguished position on the global economic decision map.

His Excellency Al Tayer said: “The Gulf Cooperation Council (GCC) plays a key role in consolidating the strong relations and strategic partnership between the member countries to enhance the Council’s march. The Ministry of Finance is keen to bolster the ties between the UAE and the GCC countries, to support the GCC joint action and meet its aspirations for development and prosperity.”

The Ministry of Finance oversees a unified economic agreement between the GCC countries, joint GCC economic action, as well as relevant projects including financial integration, the implementation of the GCC Customs Union and Gulf Common Market. The ministry also established the Department of the Cooperation Council for the Arab States of the Gulf Affairs, a specialised department which is responsible for following-up on the implementation of Economic Integration projects.