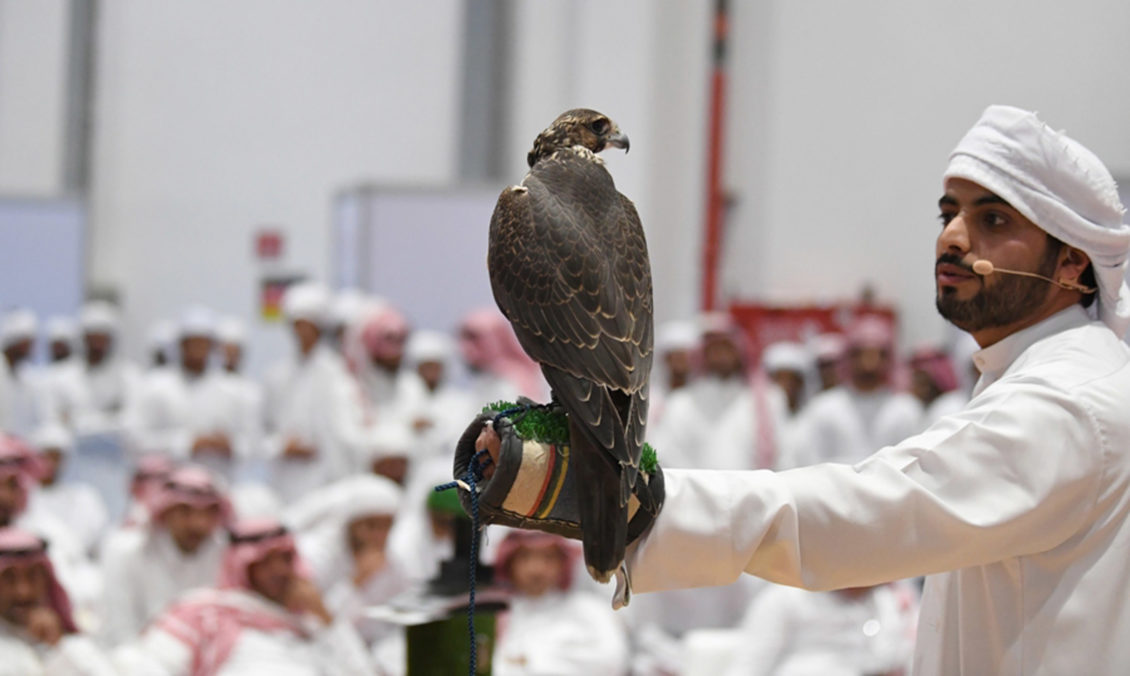 The first ever GWCT Welsh Game Fair at Vaynol Estate, Bangor from September 9-11 has today announced a major sponsorship deal with ADIHEX, the Abu Dhabi based falconry and equestrian festival and celebration of the countryside.

The agreement also sees the Emirates Falconers’ Club (EFC) taking part in the three Game Fairs alongside ADIHEX, with a presence at The GWCT Welsh Game Fair, which is being held in partnership with the Game & Wildlife Conservation Trust (GWCT).

Th largest exhibition of its kind in the Middle East and Africa, held from September 26 to October 2 at the Abu Dhabi National Exhibition Centre (ADNEC), ADIHEX successfully partnered with The Game Fair for the first time last year.

The exhibition shares the culture, heritage and authentic sports of the Emirati people with more than 100,000 visitors, including falconers, hunting and equestrian enthusiasts, end users, traders, major buyers and VIPs from around the world.

The exciting new sponsorship agreement means visitors to all three British events will be able to visit the ADIHEX and EFC trade stand to learn more about falconry, equestrian, fishing and safaris in the United Arab Emirates.

ADIHEX will also be bringing leading brands from their event to the Game Fairs, giving visitors the chance to learn more about the Emirati culture. There will be thrilling displays from the ADIHEX and EFC contingent in the main arenas on all days of the three Game Fairs.

James Gower, managing director of The Game Fair Ltd, said: “We are proud to extend this unique opportunity to the GWCT Welsh Game Fair and GWCT Scottish Game Fair.

“ADIHEX is the largest event of its kind in the Middle East and Africa with a blend of thrilling displays and interesting exhibitors, so we are delighted to be able to share a flavour of the Emirati sporting heritage with visitors to the Game Fairs this summer and autumn.”

Sponsorship of The Game Fair last year had boosted cultural exchange and reflected the good relations and co-operation between the UAE and the UK, he said.

“It is our pleasure today that ADIHEX is the sponsor for all 2022 Game Fairs,” he added. “These international events reflect British traditions and original skills in sports that have been inherited for centuries, thus strengthening the mutual efforts toward preserving the shared cultural heritage.

“We are also pleased to invite British people to visit ADIHEX 2022, aside from being an exhibitor. It is our pleasure to extend an invitation to this most comprehensive event in the Middle East that is related to falconry, equestrian, hunting, safari and outdoor sports, in a festival celebrating a common Emirati and human heritage.”