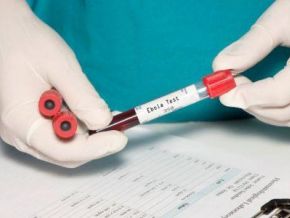 (Ecofin Agency) – Côte d’Ivoire reported last August 14 a suspected case of Ebola virus; the first since 1994. In a swift response, the authorities initiated a vaccination campaign but the case finally proved to be a false alert.

In a statement issued yesterday, the World Health Organization (WHO) confirmed that the 18-year-old Guinean girl who was initially declared infected by Ebola is not infected by the virus.

According to the institution, new tests carried out by the Pasteur Institute in Lyon, France, revealed that the patient did not have Ebola virus disease. However, further analysis is underway.

Let’s recall that Côte d’Ivoire declared the case “positive” after preliminary tests were conducted on the young lady who came from the Guinean city of Labé. To avoid a possible outbreak amid the covid-19 pandemic, the authorities immediately started a tracking operation of contact cases. A vaccination campaign allowed the immunization of a hundred people against the hemorrhagic fever and 2,000 more people are expected to get vaccinated over the next few weeks.

For its part, Guinea has since the beginning expressed doubts about the reliability of the diagnosis and requested new tests. “Since Côte d’Ivoire reported the case, more than 140 contacts have been listed in both countries, but no other person has shown symptoms of the disease or tested positive for Ebola,” WHO said.