F4 UAE starts under the name of karting 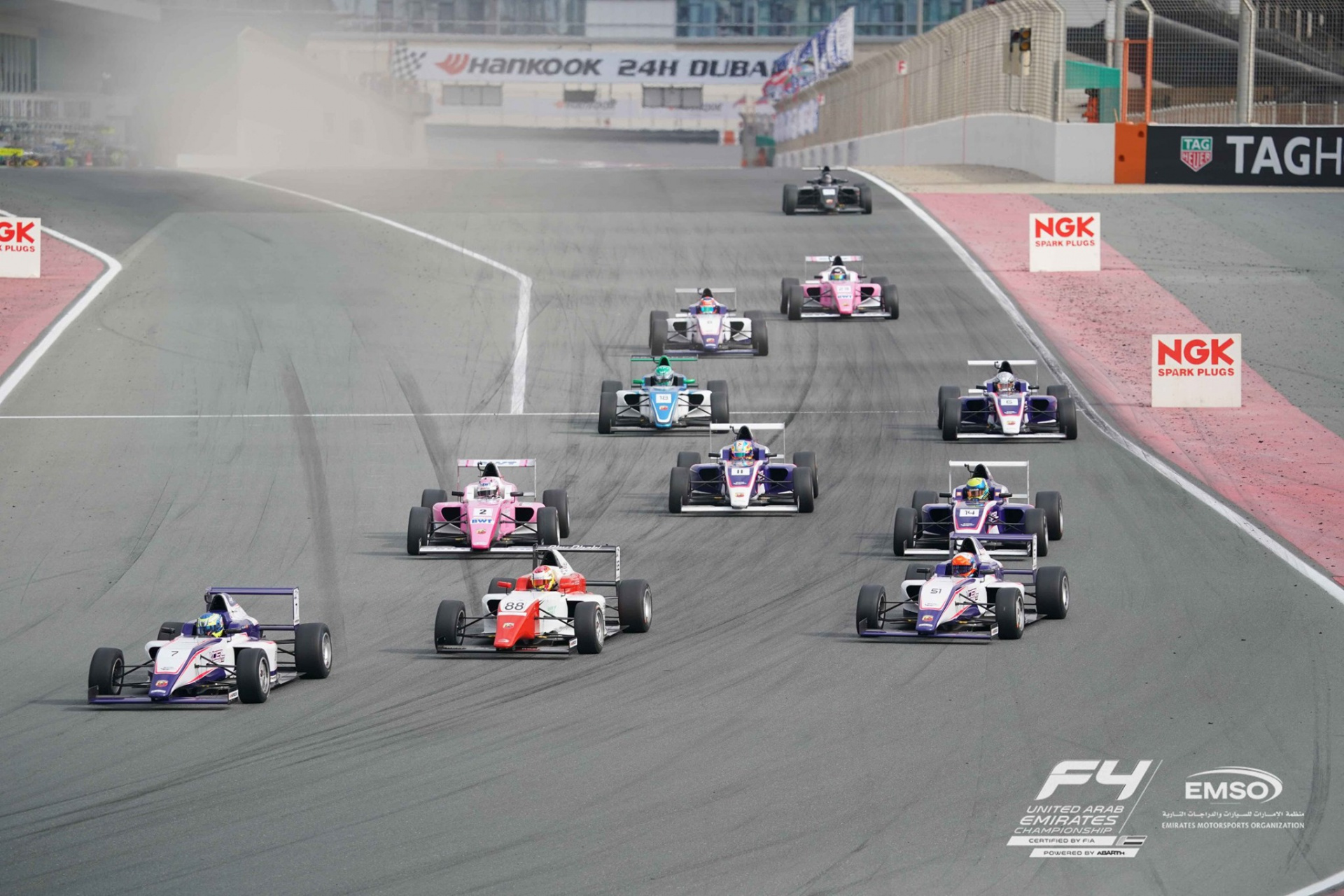 The first F4 race of 2021 starts in the Arab Emirates with a very interesting entry list.
At the Dubai Autodrome, the first race weekend will still be the setting for the Hankook 24h Dubai, launching important assists for what will be the new course of the Formula 4 panorama during the year.

With today’s collective tests, the appointment is officially opened and will be followed by free practice, qualifying, race 1 and race 2 on Thursday 14 January, with the last two final races scheduled on Friday 15. Four twenty-minute races to start making contact with some of the possible new protagonists.

In the official entry list, obviously stand out the names of the karters present in the cockpit as Enzo Trulli, freshly confirmed for the new season, Pepe Martì protagonist of the recent FIA season as Nikita Bedrin and Dilano Van’t Hoff. Among the others present, Jamie Day, Enzo Scionti, Oleksandr Partyshev, Matias Zagazeta and the already “navigated” Kirill Smal.

All eyes will be on the first taste of the new F4 generation.

The UAE News report by Abdul Basit: Dubai’s Emirates airline has announced its special fares for 2021 for booking by February 21, 2021...
Read more
News