FORMULA ONE teams, drivers and support staff face a gruelling end to the season as F1 chiefs announced the second half to the calendar.

A new race in Qatar will join the bill in a somewhat ludicrous triple-header that takes place in Mexico and Sao Paulo, which are currently on the UK’s covid red list. 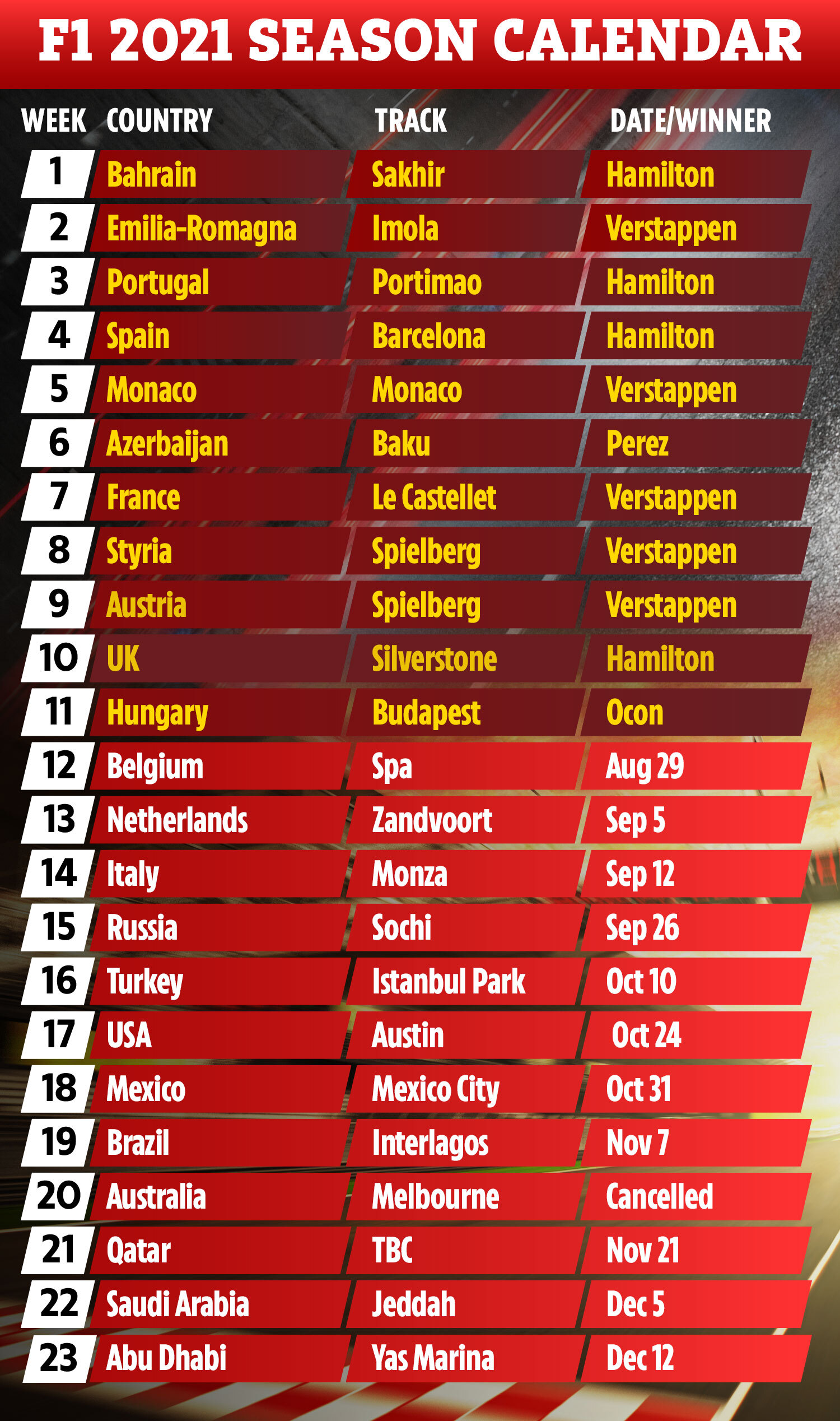 F1 have been forced to abandon their plans for a record 23-race calendar due to the covid complications but are still committed to holding 22 GPs.

The Turkish Grand Prix has been moved to October 10th to fill the slot vacated by the cancelled Japanese Grand Prix.

However, with Turkey also on the UK’s red list, it means teams will be forced with a logistical headache to avoid putting staff into a 10-day hotel quarantine, possibly sending staff straight to the US for the Grand Prix in Austin.

FIA President Stefano Domenicali outlined the calendar to team bosses ahead of the Belgian GP.

However, there are some serious concerns about the impact on team staff as F1 look to fulfil their commitments to TV companies.

Some staff face the potential of being away from home for weeks on end, while teams will stump up more in hotel bills.

The current schedule is F1’s longest ever season, which F1 says is “a major achievement for an international sport against the back drop of an ongoing global pandemic”.

Domenicali said: “The pandemic continues to present the season with challenges but we have proven we can adapt and we are confident we can deliver a record-breaking 22 races this year despite a global pandemic.

“I want to thank the promoters in Brazil, Mexico and Turkey for their patience and flexibility and we will provide the details of the final addition soon.

“This season is proving to be an incredible battle on the track and this is hugely exciting for our fans around the world and we look forward to the intensity continuing in the races ahead.”

The season will finish as planned with the new Saudi Arabian Grand Prix on December 5th followed by the Abu Dhabi GP on December 12th.