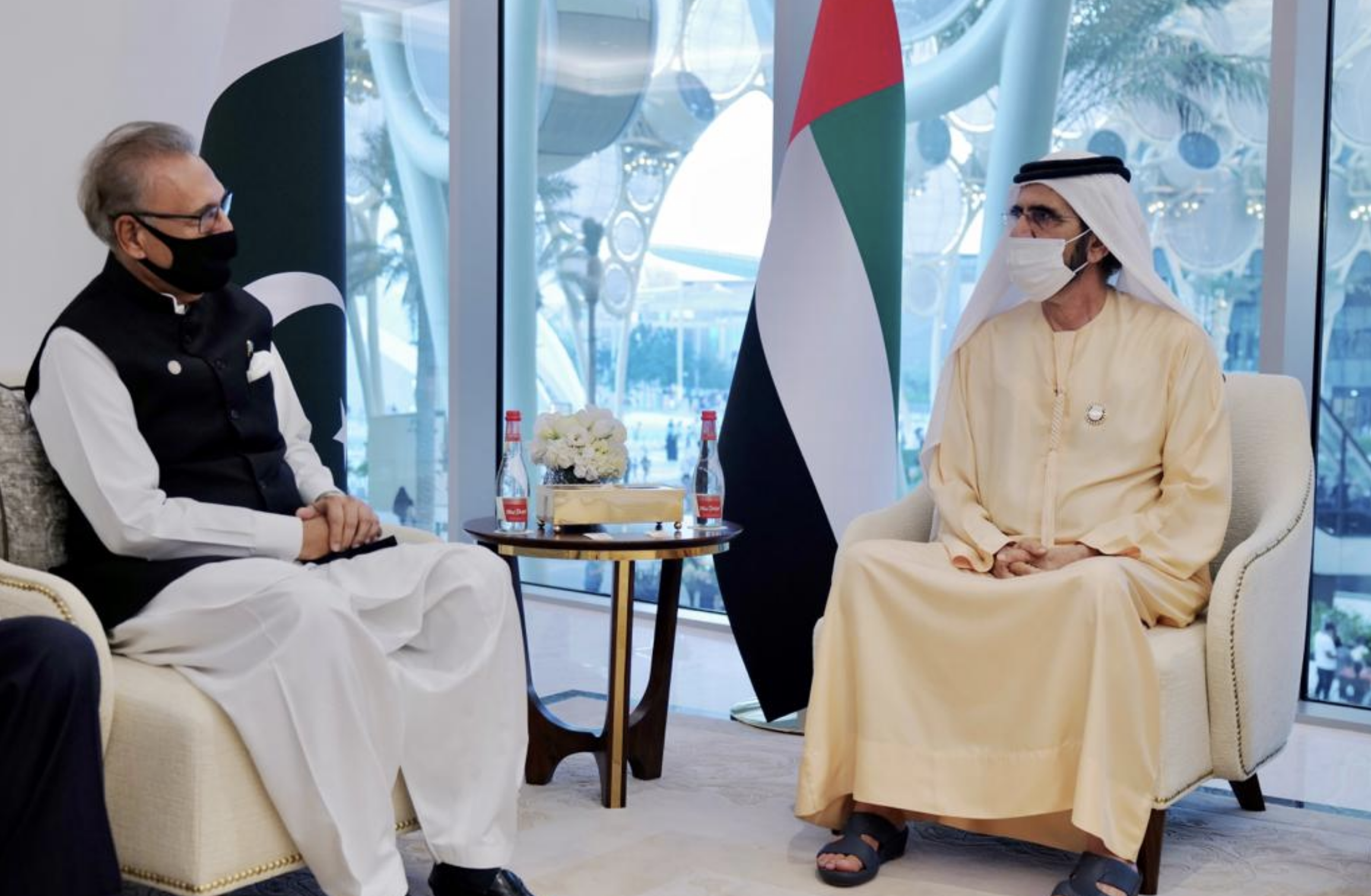 The Dubai media office tweeted that the two leaders would discuss the future of bilateral relations between the UAE and Pakistan, in light of the historical ties between the two countries.

President Alvi’s visit coincides with 50 years of establishment of diplomatic relations between Pakistan and the United Arab Emirates.

The United Arab Emirates is Pakistan’s largest trading partner in the Middle East and a major source of investment.

Originally from India, Dhanusha Gokulan has worked as a journalist for over ten years. For Khaleej Times, she covers NRI affairs, civil aviation and immigration matters, among others. She received her BA in Journalism, Economics and English Literature from the University of Mangalore in 2008 and is currently pursuing her Masters in Leadership and Innovation in Contemporary Media at the American University of Dubai. In her spare time, she enjoys singing and songwriting, enjoys food, and is the mother of an over-enthusiastic Labrador retriever. Tweet him @shootsprintrite.