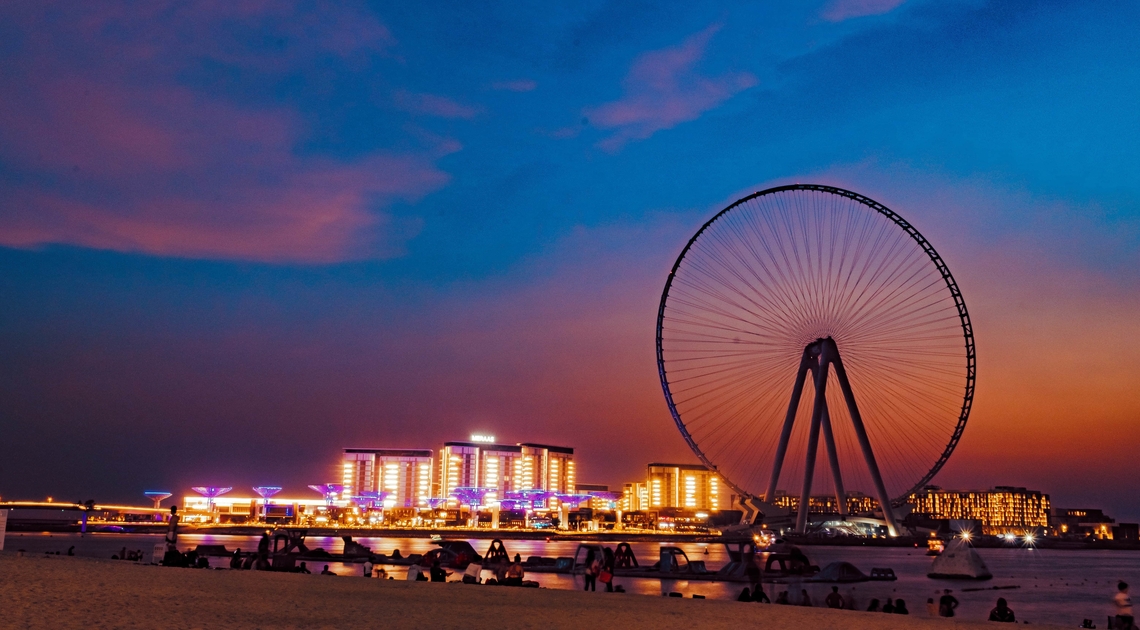 Sheikh Mohammed bin Rashid Al Maktoum, Vice President and Prime Minister of the UAE and Ruler of Dubai has announced the Dubai 2040 Urban Master Plan; an ambitious plan that sees the city transformed into a state-of-the-art hub that an estimated 5.8 million residents will call home in 2040.

We launched Dubai 2040 Urban Master Plan with aims to make Dubai the world’s best city to live in. Areas dedicated to economic & recreational activities will double, our public beach areas will increase by 400% over the next 20 years & 60% of Dubai’s area will be nature reserves pic.twitter.com/Td3qsyGadj

The Dubai 2040 Urban Master Plan hopes to increase quality of life for the city’s residents as well as further solidify its place as a tourism hub and attract foreign investments. Ultimately, the goal is to make Dubai the best city in the world to live.

The Dubai 2040 Urban Master Plan aims to increase tourism areas by 134 per cent, commercial areas by 168 per cent, land allocated to education and healthcare by 25 per cent and public beaches by a whopping 400 per cent. In addition, green spaces – in the form of parks and nature reserves – will occupy 60 per cent of the city.

The new urban plan aims to design life in Dubai for the next 20 years, provide the best quality of life and pave the way for the next major residential and economic developments in the city. pic.twitter.com/VMUCzP2O1k— HH Sheikh Mohammed (@HHShkMohd) March 13, 2021

Dubai’s high-density urban areas – namely JBR, Expo 2020 Centre, Dubai Silicon Oasis, Marina, Bur Dubai, Deira and Downtown Dubai – will undergo a makeover that will include the addition of leisure facilities and schemes to provide job opportunities. Public transport will also be made more accessible, with a plan in place to ensure 55 per cent of the population live within 800 metres of public transport, as part of a greater sustainability initiative.

“Our goal is to create a truly inclusive environment that not only meets the needs of Dubai’s diverse population, but also inspires them to tap into their creative and innovative capacities and realise their true potential,” said Sheikh Mohammed. He continued, “By constantly striving to raise benchmarks and implementing diligent strategic planning, we have joined the ranks of the world’s leaders in various spheres and sectors. With a clear vision and a deep understanding of what it takes to succeed in an evolving global environment, we continue to work to shape an even greater future rich with opportunities.”

The late Sheikh Rashid bin Saeed Al Maktoum began this development process in the ‘60s and the population has since grown from 40,000 to 3.3 million.