Emirates to restart flights to Glasgow 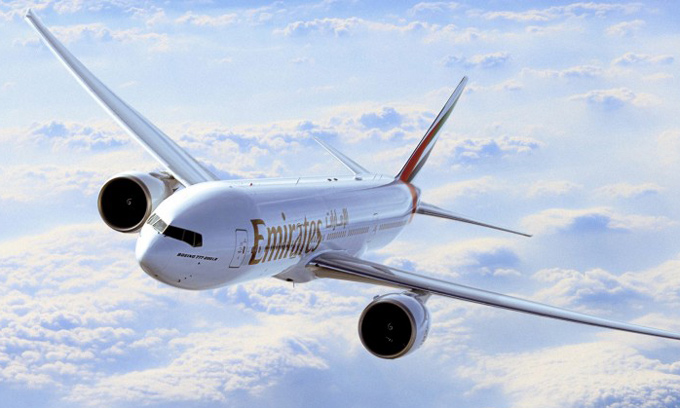 Emirates has announced it is restarting services to Glasgow in the United Kingdom, with four weekly flights from August 11.

Flights between Dubai and Glasgow will operate four times a week on Emirates’ Boeing 777-200LR, in a two-class configuration, offering premium services in Business Class and Economy Class, an airline statement said.

Emirates flight EK 27 will depart Dubai on Tuesdays, Wednesdays, Fridays and Sundays at 07:50hrs, arriving at Glasgow International Airport at 12:45hrs the same day. The return flight, EK 28, will depart Glasgow at 14:35 hrs, on Tuesdays, Wednesdays, Fridays and Sundays, arriving in Dubai at 01:05hrs the following day (all times are local). From September, Emirates will increase its flight frequency to a daily service.

With the UAE moving onto the UK’s ‘amber’ list for travel on August 8, travellers arriving in the UK from Dubai no longer need to quarantine in a government-approved hotel, provided they are fully vaccinated.

Adnan Kazim, Emirates Chief Commercial Officer, said: “Emirates welcomes the decision to add the UAE to the UK’s ‘amber list’ for international travel, reflecting the extensive steps that have been taken to mitigate the spread of the virus in the UK and UAE.

“Since the UK’s announcement, we’ve seen a huge surge in queries from customers desperate to travel to see their families, planning their kids’ return for the new school term, as well as their postponed business or holiday travel. Emirates is reviewing our operations to various points in the UK and any service restart will be announced in the usual fashion.”

Emirates has been gradually rebuilding its global network, in a safe and sustainable manner and has resumed passenger services to over 120 passenger destinations, allowing travellers to conveniently connect to the Americas, Europe, Africa, Middle East, and Asia Pacific via Dubai. – TradeArabia News Service