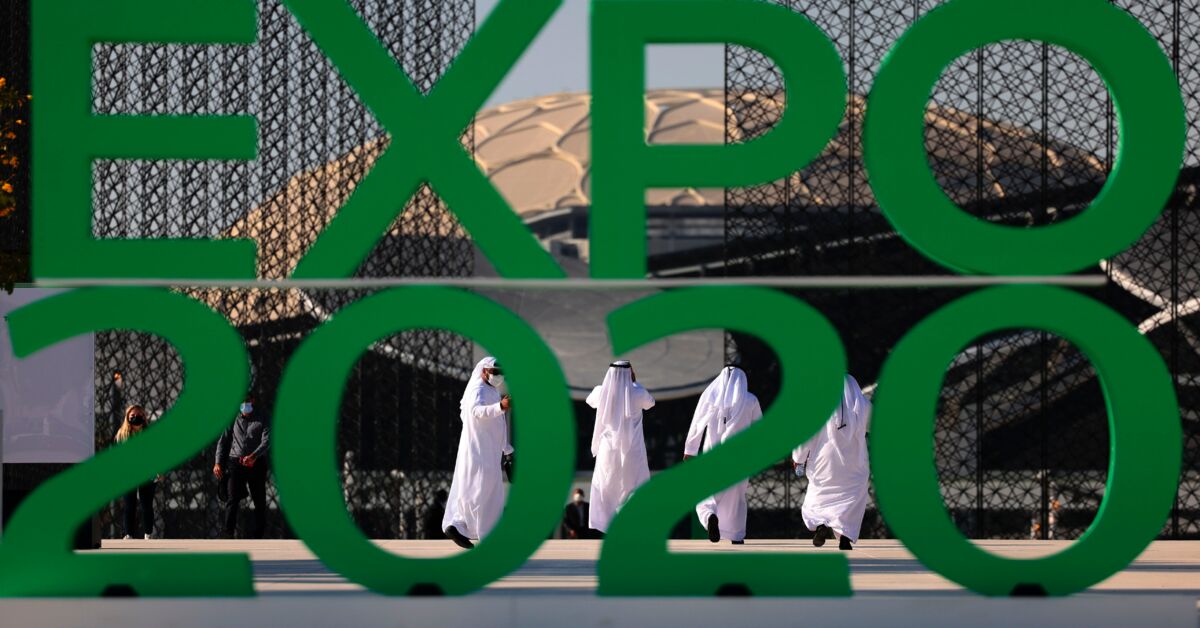 Egypt plans to capitalize on Expo 2020 Dubai, to be held in the United Arab Emirates (UAE), by attracting and encouraging tourists in general and Emirati tourists in particular.

Expo 2020 Dubai begins today, Sept. 30 and ends March 31, 2022. It is the world’s largest cultural forum and attracts millions of visitors and tourists to its pavilions, exhibitions and international cultural events. More than 190 countries, international organizations, companies, private sector companies and educational institutions participate in the expo.

Egypt is participating in Expo 2020 Dubai with a pavilion featuring elements of ancient Pharaonic civilization, with hieroglyphic writings on the walls of the pavilion and an image embodying a Tutankhamun figure. The main entrance to the pavilion is a triangularly built gate mimicking the design of the pyramids. More than 14 areas were designed within the Egyptian pavilion to portray the different periods of ancient Egyptian civilization.

A Pharaonic sarcophagus is the centerpiece of the pavilion. On Aug. 19, the Egyptian government approved the transfer of the sarcophagus of priest Psamtik.

An Egyptian archaeological mission recently unearthed Psamtik’s coffin made of colored wood in the archaeological area of Saqqara in the Giza governorate. On Oct. 4, 2020, the Egyptian Ministry of Tourism and Antiquities announced the discovery of 59 archaeological sarcophagi, including Psamtik’s, in the Saqqara area of Giza. The sarcophagi date back to the 26th dynasty of Egypt, which was around 2,600 years ago.

Mohammed Youssef, archaeologist and director of the Saqqara antiquities area, said in a Sept. 25 press statement, “When Psamtik’s sarcophagus, which was sent to Expo 2020 Dubai, was discovered, it was in very good condition. It is the living proof of the ancient Egyptian artists’ skill and technique in terms of anatomical proportions and colors.”

Youssef added, “After the sarcophagus was discovered, it was sent to the Egyptian Museum in Tahrir Square in late August. It was then transferred to Dubai to represent Egyptian civilization [at the Expo 2020 Dubai] and attract visitors to Egypt’s archaeological sites.”

“The display of Egyptian antiquities in major forums such as Expo 2020 Dubai attracts Arab and foreign tourists to visit temples, museums and archaeological areas. The results are very impressive,” he said.

Egypt not only sent a Pharaonic sarcophagus to Expo 2020 Dubai. The Egyptian Ministry of Antiquities also announced on Sept. 23 that “the Egyptian pavilion at Expo 2020 Dubai will include replicas of King Tutankhamun, his own golden mask and sarcophagus, his Ka-guard statue, the special occasions chair and the king’s golden throne chair. At the Egyptian pavilion, the display will also include a collection of images and films promoting archaeological sites and the Grand Egyptian Museum, a set of promotional paintings, designs and drawings using ancient Egyptian representation, and hieroglyphic writing symbols.”

Suha Bahgat, spokeswoman for the Ministry of Antiquities and Tourism, said in a press statement on Sept. 25, “Through the sarcophagus display at Expo 2020 Dubai, Egypt seeks to promote tourism and highlight the country’s cultural excellence and its incredibly ancient and major civilization.”

She added, “One of the most important reasons for choosing to display the sarcophagus of priest Psamtik, in particular, is the fact that it has been recently discovered and has retained charming colors along with ancient Egyptian writings.”

“The ministry expects that the display of the Psamtik sarcophagus (at Expo 2020) will help attract the world’s attention to modern Egyptian discoveries and prompt people to come to Egypt, enjoy our touristic and archaeological sites, and learn more about ancient Egyptian civilization,” Bahgat said.

Ahmed Maghawry, head of commercial representation and general commissioner for Egyptian participation in Expo 2020 Dubai, said in televised statements on Sept. 27, “The government has allocated a professional team to prepare for the Egyptian pavilion at Expo 2020 Dubai, where the work has been carried out for more than two years.”

He said, “Egypt has been granted a massive, first-class pavilion in comparison to other countries, and has a great location in Expo 2020 Dubai. Twenty-five million visitors are expected to visit the exhibition period and enjoy the display of all archaeological collections that reflect the identity of Egyptian civilization.”

In this context, Raafat al-Nabrawi, former dean of Cairo University’s archaeology faculty, told Al-Monitor, “Egypt’s participation in Expo 2020 Dubai and the display of major archaeological collections is an important step to promote tourism in Egypt.”

Nabrawi added, “Egypt’s goal is to attract tourists from the Gulf, especially Emiratis, and to introduce them to ancient archaeological sites and museums in Egypt.”

“The Gulf states are among the most important countries on which Egyptian tourism depends. This is why Egyptian participation in Expo 2020 Dubai is important, as it groups participants from all Arab, Gulf and Western countries,” he said.

On July 21, the Egyptian Ministry of Tourism and Antiquities announced that “Saudi tourists [to Egypt] rank the highest among Arab countries, followed by Kuwait and the UAE.”

The ministry added, “Arab tourism is very important to Egypt and accounts for about 20% of the total number of tourists who visit Egypt every year.”

Nabrawi said, “The Egyptian government has devised a plan to achieve the greatest benefit from Expo 2020 Dubai through showing promotional films for Egypt’s tourist sites and introducing visitors to the historical value of Egyptian antiquities.”

One of the biggest and the most visited pavilions of the Expo 2020 Dubai—the Saudi pavilion comes together to host the first session of...
Read more
News

The British University in Dubai (BUiD) has agreed a memorandum of understanding with the Hashemite University (HU), Jordan. The MoU was signed by Professor...
Read more
News