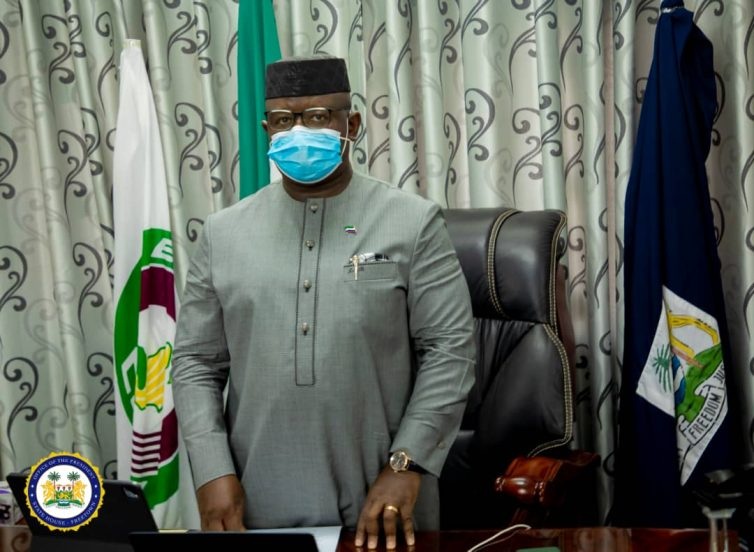 Since independence on April 27 1961 and even before that, the village of Yenga in the east of Sierra Leone has always been part of the sovereign state called Sierra Leone. The area, said to be rich in diamonds, was occupied by Guinean troops during Sierra Leone’s civil war as part of the Economic Community of West African States (ECOWAS) initiative to help Sierra Leone fight against the Revolutionary United Front (RUF) rebels.

At the end of the war in 2002, the Guineans refused to pack up and leave as expected but had instead engaged themselves in mining diamonds in the village and its surroundings and suddenly claiming the area as part of Guinea. Successive Sierra Leone government had tried several times to get them to leave peacefully. They left briefly when the last Sierra Leonean administration was in power but have recently returned with even more troops and planted their flag with other symbolic structures in place.

Sierra Leonean troops not very far from the town have so far shown maximum restraint with the government of President Julius Maada Bio (photo) in Freetown apparently choosing to explore the diplomatic option for now.

Here is a Sierra Leone government report on the development:

Videoconference, ECOWAS, Saturday 23 January 2021 – His Excellency President Dr Julius Maada Bio has addressed the 58th Ordinary Session of the ECOWAS Authority of Heads of State and Government, raising the two issues of Yenga and the recent closure of the border by Conakry.

“Sierra Leone observes with deep concern the increased instances of incursions by Guinean troops in the Yenga area which is in the undisputed sovereign territory of Sierra Leone. The issue remains unresolved and our Guinean counterparts have continued to encroach on Sierra Leone’s land and sea borders,” he said.

President Bio, therefore, urged the regional body to urgently create a special committee to look into the unsolved Yenga matter between the two countries through diplomatic engagement with a view to finding a lasting solution to this long-standing boundary dispute.

He further informed his colleague heads of state that he was very concerned about the restrictions imposed from the Guinean end on the free movement of goods and people between the two countries thereby creating a huge economic loss for both countries.

“I urge the Government of the Republic of Guinea to consider removing these restrictions to enable the free movement of people, goods and services in order to promote cooperation, regional trade, and regional integration,” he said.

He also commended the ECOWAS Commission President, Dr Kassi Brou, a native of Cote d’Ivoire, for the comprehensive update on the state of the community, emphasising the point that Sierra Leone subscribed to the analyses of the community’s political, security, and macro-economic situation in substantial terms.

“May I thank His Excellency Nana Addo Dankwa Akufo-Addo for the excellent manner in which he has conducted the trust reposed in him by the Authority for the year under review,” he said.