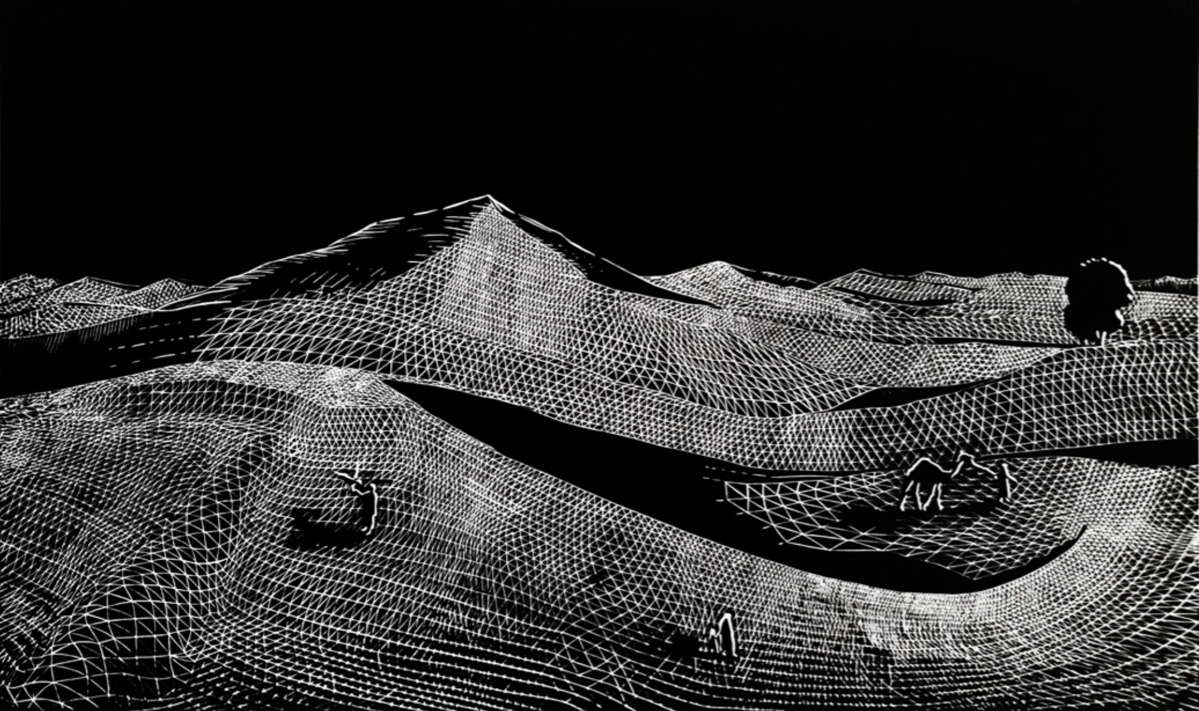 Dubai’s summer season has brought in a plethora of art exhibitions and one of the interesting exhibits is Tashkeel Studio and Gallery’s ‘Made in Tashkeel 2021.’

In the 11th edition of its annual summer showcase, the studio is presenting more than 65 works by over 40 practitioners from 20 countries. Spanning a range of disciplines, including photography, mixed media, acrylic, textile, print, sculpture, video, installation, and calligraphy, Made in Tashkeel 2021 celebrates the diversity of UAE creativity.

Artists of various genres and caliber have been presenting art. For instance, Emirati artist Abdulla Lutfi is on the autism spectrum and “sees the world in a unique, non-conventional way,” according to Tashkeel’s catalogue for the exhibition. His distinct black-and-white drawings of the UAE skylines and landscape usually feature an exaggerated humorous glimpse of everyday Emirati life.

Artist Asma Baker’s acrylic and pen drawing on cardboard is part of a series that Baker began eight years ago after the death of her father. The Heart People in the drawings would explain what the story is trying to say.

The Dubai-based artist Mohamed Agaty is pushing the boundaries of calligraphy, incorporating Augmented Reality (AR) into his work. He has integrated AR with calligraphy work using the Artvive App.