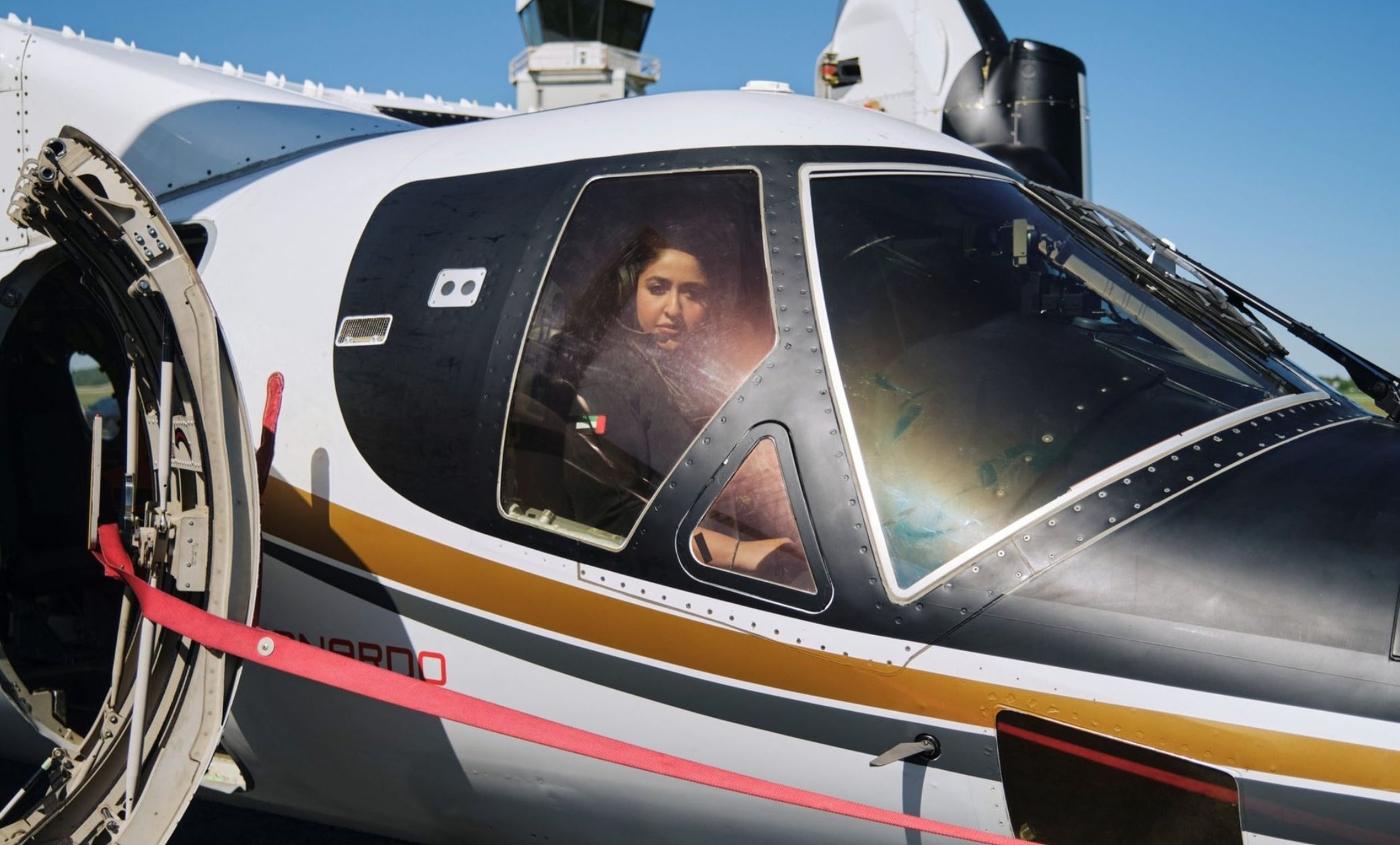 Sheikha Mozah bint Marwan Al Maktoum has become the first female pilot of the AW609 tiltrotor, which takes off and lands like a helicopter but travels at the speed of a plane.

During a visit to Leonardo’s U.S. helicopter headquarters in Philadelphia, Dubai’s first royal female pilot flew the tiltrotor for an hour.

The aircraft is the world’s first tiltrotor to be certified for civil use. It can take off and land vertically and hover like a helicopter while providing the comfort of a turboprop plane to passengers.

The AW609 combines the operational versatility of a helicopter (vertical takeoff and landing) with the performance benefits of an airplane (pressurised cabin, speed, altitude and endurance abilities).

It can be utilised for a variety of missions, such as VIP transportation, emergency medical services, search and rescue, and government applications. It can fly at over 500kmph and has a range of about 1,400km, which may be increased to 2,000km with auxiliary tanks.

Thanks to Her Highness Sheikha Mozah Bint Marwan Al Maktoum for her story!

It was an honor hosting her, becoming the first woman to pilot #AW609 tiltrotor and inspiring future generation chasing their dreams. Learn more: https://t.co/QP13bO7Qay#WITGS22 #HERoesShapingTomorrow https://t.co/aA94l6su4N

It may be mentioned that Sheikha Mozah was the first woman to hold the rank of First-Lieutenant Pilot in the Dubai Police Department.

As reported by the Khaleej Times, Mozah was thrilled to be the first female pilot to test the revolutionary aircraft. She said that it was not only a personal achievement but also an opportunity to break another glass ceiling for woman.

She mentioned that she had wanted to fly the AW609 since she first saw the early prototype photographs.

Mozah further added that aircrafts like the AW609 tiltotor makes her excited about the future of aviation, which is now open to more women who wants to join the industry.