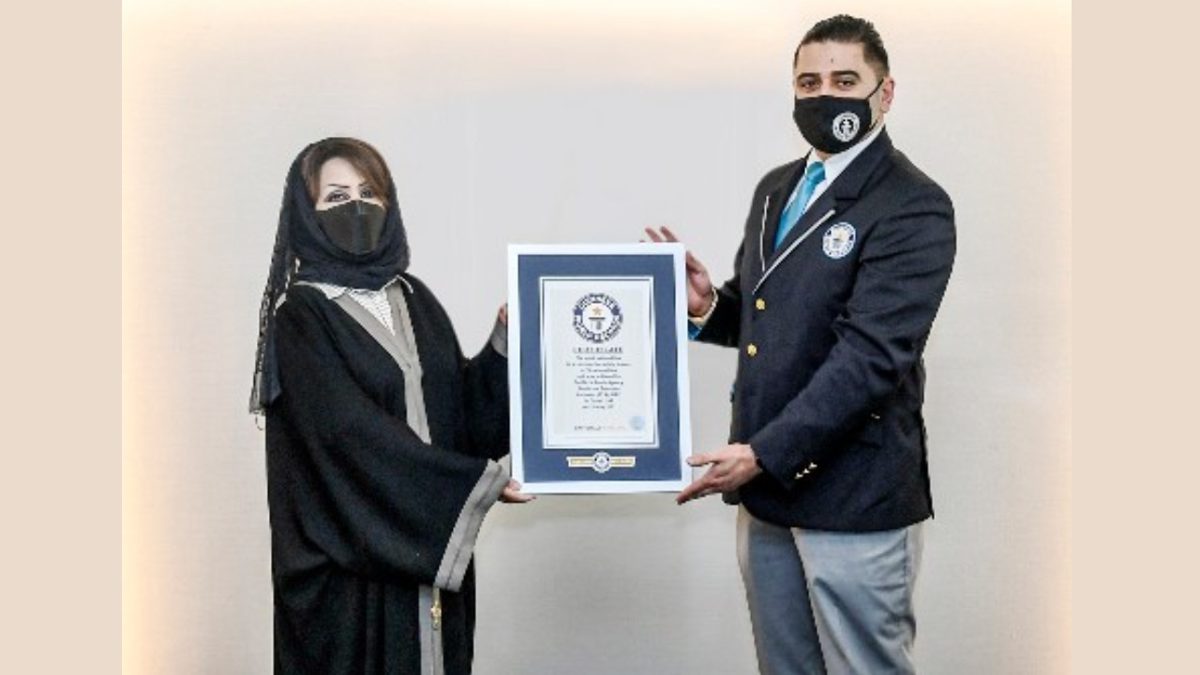 With Dubai and its residents reaching new pinnacles every day and winning records, Dubai’s Roads and Transport Authority (RTA) has also entered the league by achieving a new Guinness World Record. The RTA won the record by staging an awareness event that attracted the biggest number of participating nationalities worldwide.

The event, titled ‘The Largest Number of Nationalities Assembled in Construction Safety Session’ attracted individuals representing 75 countries and was held in collaboration with its partners on the Shindagha Roads Corridor (Infinity Bridge) project.

“We are committed to the principle that people safety takes precedence over all other construction and maintenance considerations. We attach huge importance to promoting the occupational health and safety practices across the Agency’s operations at all times while protecting our employees, partners and the community around us,” said Maitha Bin Adai, CEO of Traffic and Roads Agency, RTA, adding, “RTA is keen to engage with reputable international consultants and contractors in studying, designing, constructing, operating and maintaining road and infrastructure projects. We are committed to observing the highest standards of occupational health and safety at construction sites. We believe in the importance of running continuous awareness events for all personnel given the massive number of nationalities working in our projects. Various initiatives are rolled out to ensure a safe working environment capable of delivering the Agency’s mission of occupational safety, which resulted in setting this world record.”

The occupational safety event was held in presence of the Guinness team which took place in full consideration of precautionary measures set out by Dubai’s Supreme Committee of Crisis and Disaster Management for coping with the Covid-19 pandemic.

Previous articleOne of the largest eSports, comics and vlogger fest, POPC and YouTubers’ pop culture festival coming to Dubai
Next articleDubai takes elderly care to next level with specialised centre