Discovery of a major oil deposit in Côte d’Ivoire 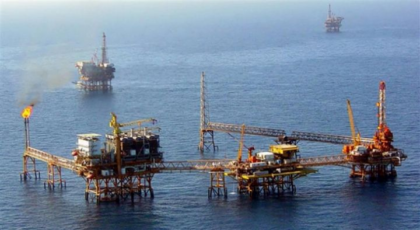 Côte d’Ivoire announced in an official statement the discovery of oil in the sedimentary basin of the country, estimated at around 1.5 to 2 billion barrels of oil. gross by the Italian firm Eni and the Ivorian national company Petroci Holding.

Ivorian Minister of Mines, Petroleum and Energy Thomas Camara indicates in the statement that this major discovery was made by the Italian firm ENI and the Ivorian national company Petroci Holding, in block CI-101, in deep water.

The reserves include crude oil and associated natural gas, says the statement, adding that the potential can be preliminarily estimated at about 1.5 to 2 billion barrels of crude oil.

ENI, which already holds four other deep-water blocks in the country, confirmed that this deposit could contain up to 2 billion barrels.

The volume of this oil deposit is also equivalent to about 1800 to 2400 billion cubic feet of associated gas, says the Minister Thomas Camara, who believes that this deposit will increase the proven reserves of Côte d’Ivoire as well as its oil and gas production in the years to come.

A new organization will be created to strengthen Dubai’s border security capabilities, based on a new law issued by His Highness Sheikh Mohammed bin...
Read more
News