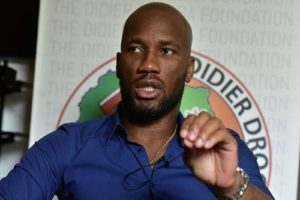 Didier Drogba was defeated in the first round of the election of the president of the Ivory Coast Football Federation (FIF).

Idriss Diallo received the most votes (59 out of 130 voted), followed by Sory Diabate, who received 50 votes. Didier Drogba is in third place with only 21 votes.

The 44-year-old had the backing of the public and, according to some analysts, the Confederation of African Football (CAF) and Fifa, but failed to persuade the Ivorian club presidents, who made up the vast majority of voters. .

In recent weeks, he has been criticized enough for not understanding enough about local football and for campaigning chaotically without breaking ground.

This election is intended to end a long period of leadership crisis in the FIF presidency.

It had been postponed many times since 2020 due to a misunderstanding about the candidate sponsorship mechanism, which had then prevented Didier Drogba’s candidacy.

Didier Drogba retired in 2018, made 105 appearances for the Ivory Coast and scored 65 goals.

UAE maintains global lead in Fibre to the Home penetration