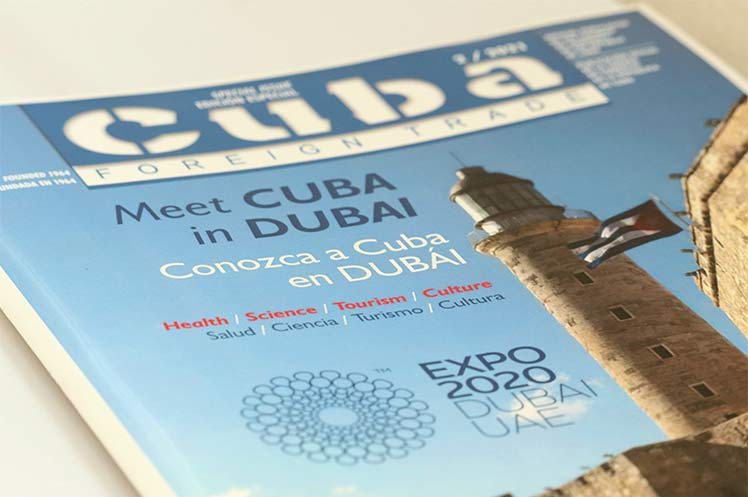 Havana, Oct 1 (RHC) Cuban products and services evidence of achievements in the economic, scientific and cultural fields, have their own space at Dubai World Expo, which starts today in the United Arab Emirates (UAE).

‘Connecting Minds, Building the Future’, is the theme of Dubai Expo 2020. This is the first World Expo to be held in the Middle East, Africa and South Asia region, and will remain open for six months until March 31, 2022.

Promoted as the biggest event held so far in the Arab world, it has the participation of more than 190 countries and organizers expect the attendance of 15 million visitors.

Roberto Blanco, Commissioner General of the Cuba Section at Expo Dubai and ambassador of the largest of the Antilles in the Arab Emirates, said that recently Cuba aspires to use the platform represented by this event to its full potential to deploy an agenda in four main axes.

The aim is to promote trade, attract foreign investment, the dissemination of a safe, peaceful and sustainable tourist destination, as well as the image of a country committed to the United Nations 2030 Agenda Goals.

He added that the Caribbean nation has been inserted in the intense program designed by Expo Dubai with the intention of using this space to promote priority sectors such as health, science, water and renewable energy, agriculture and food, education, culture and tourism.

Thematic weeks, business and global forums with Africa, the Association of Southeast Asian Nations and Latin America, the collateral program of trade fairs and interaction with other participating countries will complement our objectives in this first universal exposition in the Middle East, the ambassador said.

He added that under the slogan ‘Cuba in Balance with the World’, visitors will find in the pavilion a rich and diverse cultural and tourist heritage, while learning about the evolution and transformation achieved by an educated, inclusive, innovative, creative society with a huge scientific potential that is sowing its future.

The exhibition program includes the celebration of Cuba’s National Day on February 14, 2022. (PL)