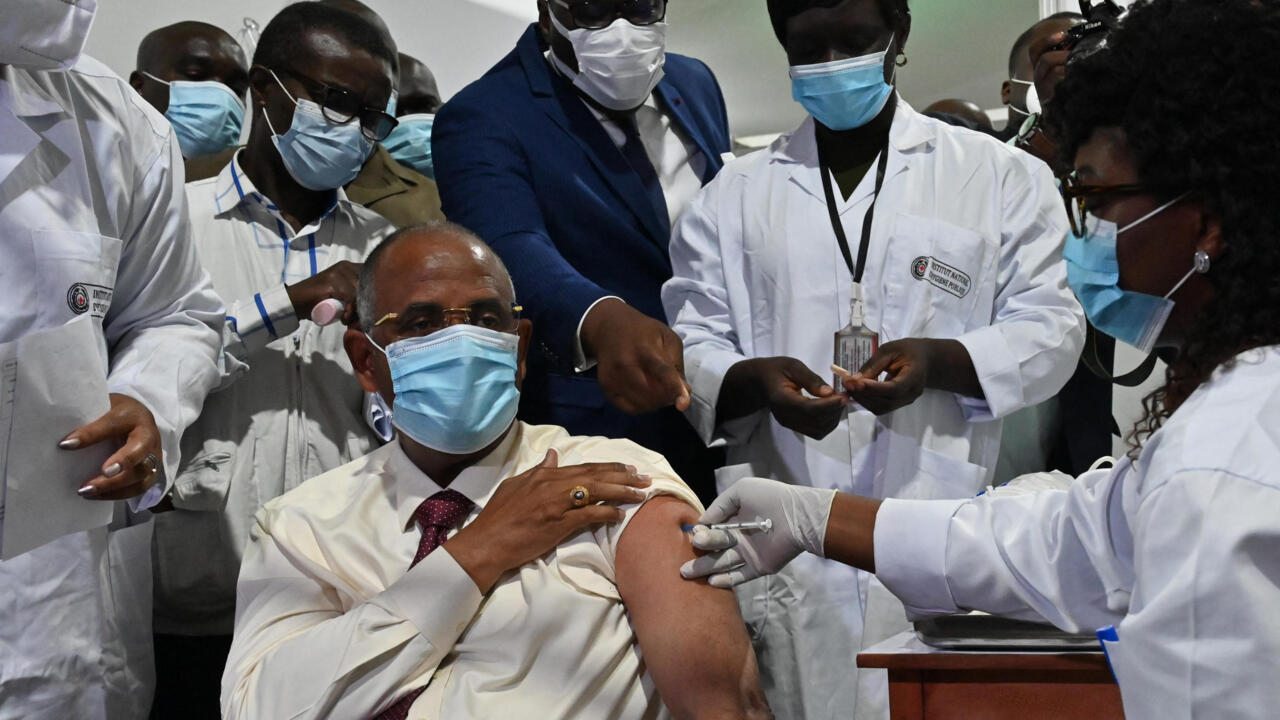 More than 500,000 doses of the AstraZeneca vaccine have arrived in Cote d’Ivoire as part of the Covax initiative, which will be rolled out in the West African country in several stages with the aim of vaccinating five million Ivorians.

An official ceremony kicked off the vaccination campaign on Monday morning at the indoor sporting arena at Treichville, reported RFI French Africa service.

Patrick Achi, a high-ranking official in the executive, represented President Alassane Ouattara and was the first to get the jab.

He was followed by three ministers and dozens of nurses, teachers and police officers who received their first Covid inoculations.

The first phase of much-anticipated Covid vaccines in Cote d’Ivoire is targeting healthcare workers, members of the security forces and teachers – those on the frontline, reported Pierre Pinto.

Overall, 90 vaccination sites have been designated across the country and notably in Abidjan. In fact, the economic capital is the hardest hit with coronavirus infections – nine out of ten cases.

Later on, phase two of the vaccination campaign will focus on those aged 50 or over, those with chronic illnesses, and international travellers. This represents about 17 percent of the Ivorian population.

The country is still awaiting another 1.5 million vaccine doses to do this, provided through the Covax facility. The government has said it will obtain further doses through its own means.

The objective is to vaccinate some 5 million people or 20 of the Ivorian population.