Nadine Hasan, Farah Hasan, Rana Ashraf and Yasmine Hasan are four Egyptian college girls who took on their civic duty of defending and shedding light on the rights and conditions of youth with Down Syndrome.

The campaign entitled “Call Me By My Name” aims to better integrate youth with Down Syndrome especially those above 15 years of age into their communities in Egypt as a lot of them face many obstacles that make blending in with other people quite challenging.

The campaign also carried the slogan “A Syndrome that Brings Us Closer” and involved a lot of workers in the field and officials while having started as a graduation project for the four ladies in public relations school of MSA University in Cairo and under the supervision of leading professors in the media field such as Dr. Hayat Bader, Dr. Lama Atef and Dr. Amani Fahmi, Dean of the Media School at October University for Modern Sciences and Arts.

Down syndrome (sometimes called Down’s syndrome) is a condition in which a child is born with an extra copy of their 21st chromosome — hence its other name, trisomy 21. This causes physical and mental developmental delays and disabilities. Down syndrome is readily recognizable because of the characteristic physical features that accompany the disorder. Perhaps the most noticeable of these features is the eyes; which are more than normally distant from one another and the inner corners of the eye displaying oblique eye fissures. This, as well as having a flat nasal bridge, led to associate this disorder with a certain race (East Asians), hence the name “Mongolism”.

The Centre for Arab Genomic Studies, through its Catalogue for Transmission Genetics in Arabs (CTGA) Database, continues to assemble and analyze research findings pertaining to genetic disorders in Arabs. Among these is Down syndrome which has understandably attracted notable scientific attention in numerous Arab countries such as UAE, Egypt, Kuwait and Oman. 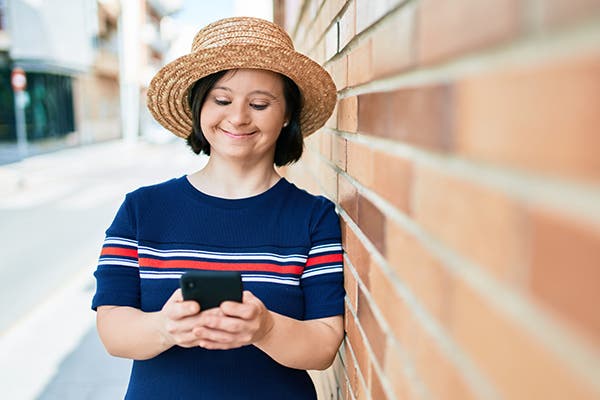 Research data from nine different Arab countries feature in the CTGA entry for Down syndrome (DS) covering periods that stretch over late 20th century to early 21st strongly indicate that in six of these countries the incidence of DS is higher than international figures. For example, DS incidence rate among UAE-nationals in Dubai is 1:319, which is slightly higher but comparable to figures from neighboring countries such as Oman (1:500) and Qatar (1:546). Similarly, Saudi Arabia and Kuwait are also on the higher end of international incidence rates with 1:554 and 1:581 respectively.

“It is important to keep in mind that the mental impairment associated with DS as well as other symptoms vary considerably from case to case. The individuality of DS patients is of massive importance when considering provision of education, social and healthcare on a large scale,” The Centre for Arab Genomic Studies recommends.

In the recent years there has been a number of initiatives to include youth with Down Syndrome in jobs in the media, fashion industry and in cafes and restaurants in some Arab countries including Jordan and UAE.