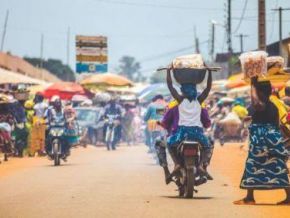 (Ecofin Agency) – The Republic of Benin has just completed a €1 billion bond issue on the international debt market, an official statement revealed yesterday. This is the first operation of its kind conducted by an African country since the beginning of the year.

The two tranches were subscribed at €1.9 billion and €1.2 billion respectively. According to the government, the amount will be used to anticipate 65% of the par value of the 2026 Eurobond, the first the country issued in 2019.

“This issue is coupled with a technical liability management operation, as part of the government’s proactive public debt management strategy. The success of the partial redemption of the 2026 Eurobond enables Benin to limit refinancing risks, extend the maturity of its debt, and reduce its average cost,” the government statement reads.

The operation has benefited from a particular appetite of investors for African debt in recent months. In November 2020, Côte d’Ivoire had issued a €1 billion Eurobond oversubscribed 5 times, for an interest rate of 5%, the lowest in the country’s history.
“The success of this issue reflects the interest shown by international investors in Benin’s credit,” the government said.

Let’s note that this new bond issue will also make it possible to finance the government’s action program (PAG) and the 2021 state budget, which was adopted at $4.5 billion for a deficit of 4.5%. A particular focus is on the social sector, which captures 47% of expenditure, as part of the fight against the coronavirus pandemic.