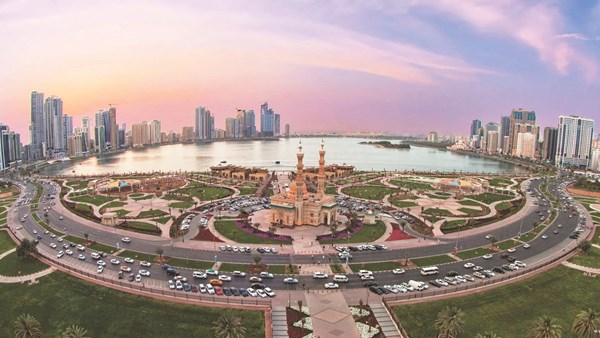 During its meeting yesterday, Sharjah’s municipal council discussed with a number of members of Sharjah’s advisory council, to strengthen cooperation between all city councils and regions in the Emirate Sharjah and to unite efforts to raise standards in all matters related to the living conditions of residents of the emirate.
The meeting was attended by Salem Ali Al Muhairi, Chairman of the Municipal Council, His Excellency Ali Mehd Al Suwaidi, Chairman of the Sharjah Advisory Council, dr. Abdullah Salem bin Hamouda Al Ketbi, Vice-Chairman of the Advisory Council, along with a number of members from both Councils, Obaid Saeed Al Tunaiji, Director General of Sharjah Municipality, and Majid Abdullah Bukhatir, Secretary of the Municipal Council, and Ahmed Saeed Al Jarwan, Secretary General of the Advisory Council.
Salem Al Muhairi praised the Advisory Council’s development of laws through ongoing review, and praised its pioneering role in the development of the performance of state institutions and agencies by reviewing their working mechanism and discussing them in open parliamentary sessions.
Mehd Al-Suwaidi, for his part, reaffirmed the willingness of the Advisory Council to activate the role of the Municipal Council Committee through coordination with its committees and the exchange of observations to serve the interests of the public. The meeting reviewed the tasks of the local council committees and the competencies contained in the executive regulations of the local councils of the Emirate Sharjah based on resolution no. 333 / from the executive council of the Emirate Sharjah, where views were exchanged on how to activate some tasks and prepare proposals with the Department of Municipal Affairs and the Municipal Boards of the Cities and Regions of the Emirate of Sharjah.