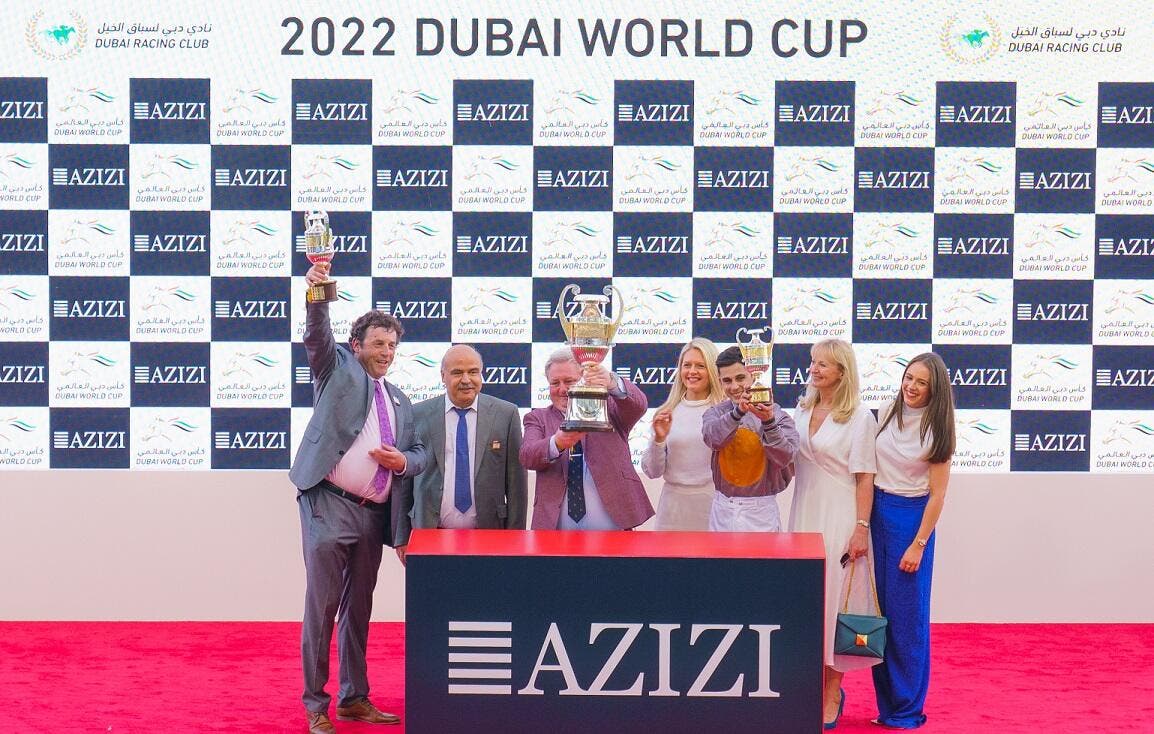 Azizi Developments, a leading private developer in the UAE, has sponsored the Group 1 – 1200m Al Quoz Sprint turf race, a key part of the Dubai World Cup, the purses of which amount to USD 30.5 million. This comes as part of Azizi’s commitment to bringing communities together and supporting world-class events in the UAE.

The Dubai World Cup event is the most remarkable race day for equestrianism and sets a global stage for the best horses and jockeys to compete. The Azizi Developments-sponsored Al Quoz sprint, a 1,200-metre (6-furlong) grass dash that runs the length of a straight chute in front of the Meydan grandstand, is one of the most thrilling races of the event.

As a pillar partner, Azizi Developments’ Founder and Chairman, Mr Mirwais Azizi, presented the trophies to the winners of the race.

In his comments, Mr Mirwais Azizi said: “We are delighted to once again sponsor the Dubai World Cup, now for the fifth year running. It has become an exciting annual event that we continuously look forward to be a part of. We will continue to do our very best in contributing to the growth and development of our home – Dubai and the UAE – not just through the development of world-class lifestyle projects in the emirates, but also by supporting such high-calibre events that solidify this city’s standing on the world map. This sponsorship is perfectly aligned with our philosophy and pursuit of bringing communities together, supporting the UAE’s heritage, vision, and development, and strengthening Dubai’s position on the international stage.”

The Al Quoz Sprint was first run in 2007 as part of the Dubai International Racing Carnival before becoming part of the Dubai World Cup in 2010 to coincide with the opening of the Meydan Racecourse. Purebred horses from South Africa, France, Hong Kong, Australia, and the UAE had claimed previous wins.