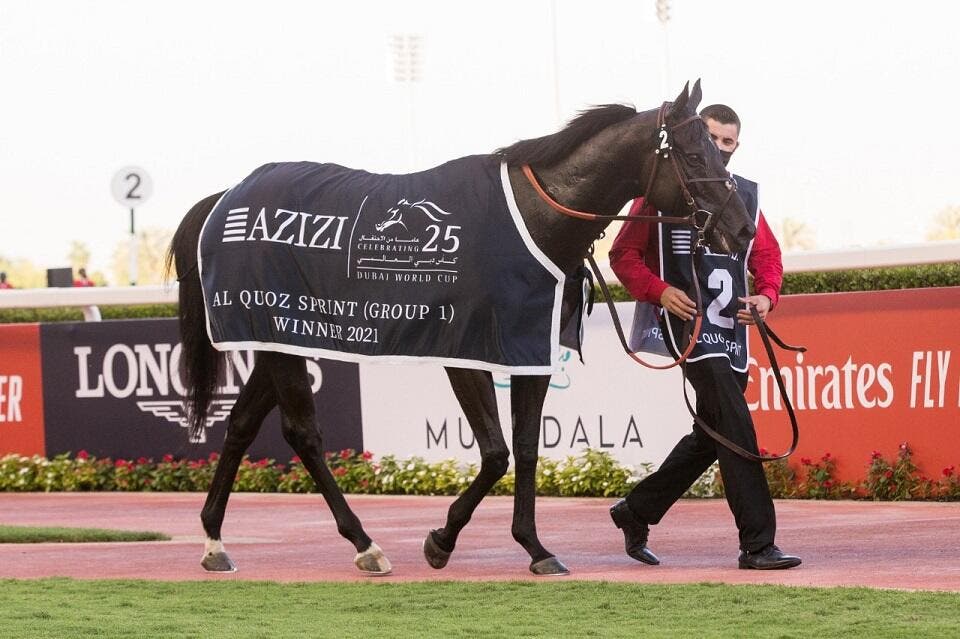 Azizi Developments, a leading private developer in the UAE, sponsored the Group 1 Al Quoz Sprint, a key part of the Dubai World Cup and one of the richest of its kind in the world, with a prize of USD 1 million. The event was hosted without spectators, with all the races being contested and regulated in a standard fashion and the results being recorded in an official capacity.

The Dubai World Cup event is the most spectacular race day for horseracing and a global stage for the best horses from around the world to compete. The Azizi sponsored Al Quoz sprint is a 1,200-metre (6-furlong) grass dash that runs the length of a straight chute in front of the Meydan grandstand.

In his comments, Mr Mirwais Azizi, Founder and Chairman of Azizi Developments, said: “This annual event excites us all at Azizi Developments. The Dubai World Cup brings communities together to rejoice over a sport that is deeply rooted in the UAE’s heritage and represents a truly touching experience for everyone, not just equestrians. We are absolutely delighted to have sponsored this meet for the fourth year running – one that truly raises the bar of excellence. We will continue to support high-profile events that put this great emirate – a global leader in both business and tourism – on the world stage.”

“The Dubai World Cup delivers on the leadership’s vision to promote Dubai as an advanced and inclusive city, and we are delighted to be a pillar partner of it through our sponsoring this world-class event,” Mr Azizi continued.

As a key sponsor, Azizi Developments presented the much-acclaimed awards to the race winners, underlining the developer’s focus on supporting the growth of the UAE and Dubai while contributing to global events that add to the national pride.

Azizi Developments’ sponsorship also highlights the company’s high regard of Dubai Racing Club and the equestrian undertakings in Dubai. “This sponsorship is perfectly aligned with our philosophy and pursuit of bringing communities together, supporting the UAE’s heritage, development, and vision as well as strengthening Dubai’s position on the international stage,” Mr Azizi added.

The Al Quoz Sprint was first run in 2007 as part of what was known as Dubai International Racing Carnival before becoming part of the Dubai World Cup in 2010 to coincide with the opening of the Meydan Racecourse. Thoroughbred horses from South Africa, France, Hong Kong, Australia, and the UAE had claimed previous wins, and last year, the competition featured horses from the UAE, the USA, Ireland, Australia, and the UK. To date, the UAE has won four times — the most among other countries — followed by South Africa at three times.

Azizi Developments is developing its flagship, master-planned community, Azizi Riviera, in Meydan. Riviera is Azizi’s renowned waterfront lifestyle community project located in the heart of MBR City, which, upon its completion, will comprise more than 16,000 residences spread across 71 mid-rise buildings and overlook an extensive retail boulevard, a canal walk with artisan eateries and boutiques, and Les Jardins — a lush-green social space. With its strategic location near the upcoming Meydan One Mall and the Meydan Racecourse — home of the Dubai World Cup — as well as Dubai’s major business, leisure and retail hubs, Riviera is one of Azizi Developments’ most sought-after projects. Designed to introduce the French-Mediterranean lifestyle to Dubai, which is not merely about architectural art, but also about a certain ‘joie de vivre’ — a celebration of life and exultation of spirit — Riviera represents a new landmark that will add value to the real estate landscape.