AYV DSTV Channel 399 Takes Sierra Leone to the Outside World 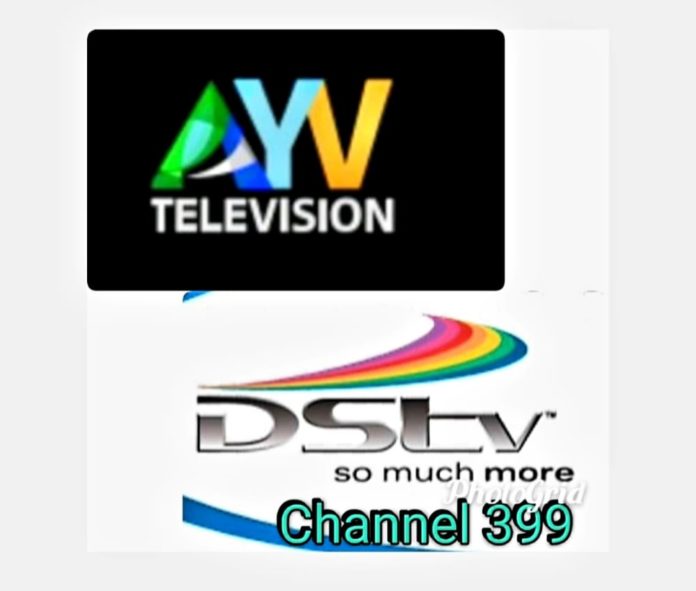 The Africa Young Voices (AYV) media empire will go down the annals of broadcasting history in this country as a news medium in this country that has established a link with to DStv Africa. For now AYV programs could now be watched via DSTV Africa Channel 399.

This new development is indeed a big boost in the sense that it has now made it possible for the country to gain another presence within the international broadcasting landscape. Sierra Leoneans living abroad will be abreast with current events taking place in the country.

Besides, AYV presence on DSTV will serve as the gateway for the outside world to know the critical issues that emanate from the country. Such will somehow be an aid to international policy makers to discuss pertinent related issues in order to make informed decisions geared towards addressing certain concerns.

In as much as we have realized that tourism could be a vehicle for national development, marketing our touristic potentials is critical in order to lure foreigners to explore Sierra Leone. It is believed that through the presence of AYV on DSTV much will be done in the direction of positioning our country at the international arena in an attractive manner that will make many outsiders yearn to visit the country. There is no need to emphasize the importance of having a booming tourism industry as it is an open secret that it brings with it many job opportunities, boosts the hospitality sector and above all earn the country foreign exchange.

The official launching of the partnership with DSTV will be done on the 17th September, 2021.

Brain behind this great leap in Sierra Leone’s broadcasting history is no least a person than the patriot, entrepreneur and a fanatic development striker in the person of Ambassador Anthony Navo Jr who happens to be the Founder and Chief Executive Officer of the African Young Voices Media Empire. Many have described him as the embodiment of inspiration.

His ambition to establish the AYV Media Empire started as a dream. He started with a newspaper and later used his private house as collateral to secure a loan of $1.2 million United States dollars from the Bank loan which provided the necessary funds for the purchasing of global standard equipment for setting up the television and radio stations and covering initial operations.

It is the only Sierra Leonean owned television station with a broadcasting house in London. On March 22nd 2019, the AYV Media Empire announced a new partnership with the World Service Programme of the British Broadcasting Corporation (BBC), in London.

Empowering young people has always been the guiding motivation of Amb. Navo Jr. Over the years, he has worked with and supported many talented and celebrated Sierra Leonean artists during their early years of their music careers.

Ambassador Anthony Navo Jr., passionately believes that if other African nationals can invest and make a difference in their countries, Sierra Leoneans can and must also invest to empower young people, which will in turn create jobs and promote talents.