AV.- Olympic Games / Football.- Spain beats Ivory Coast in extra time and gets into the semifinals (5-2) 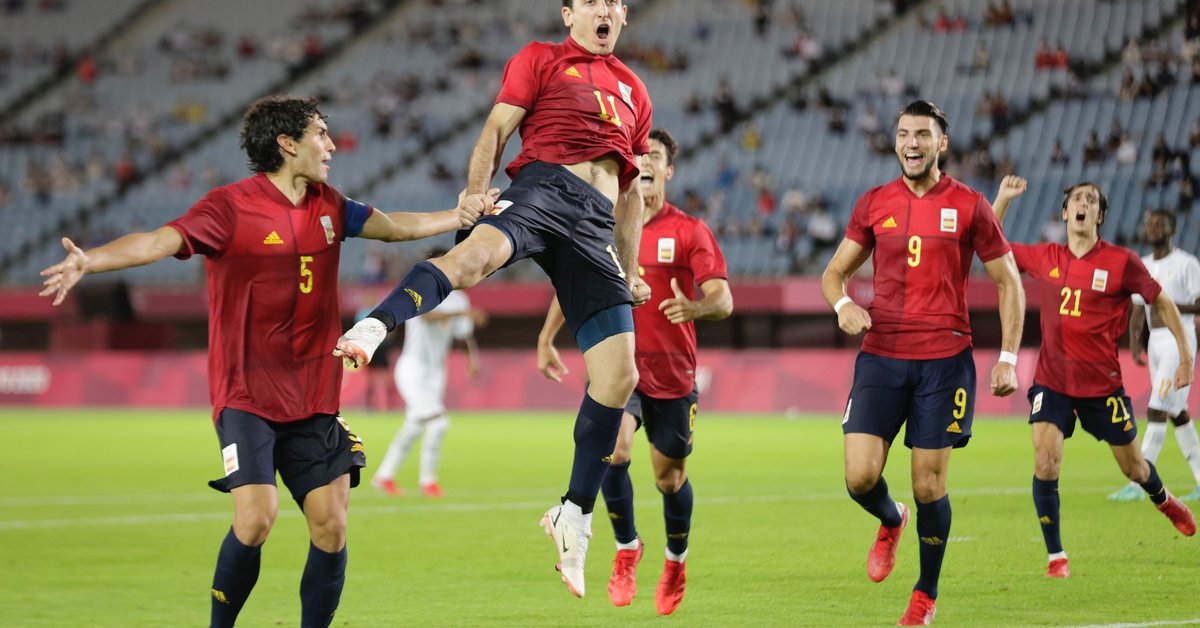 The Spanish Olympic soccer team has reached the semifinals of the Tokyo Olympic Games after beating Ivory Coast (5-2) in extra time, in a match in which Luis de la Fuente’s team neutralized the advantage rival on two occasions, the last of them in the 93rd minute, and in which they sealed their victory with a penalty from Mikel Oyarzabal and another two from Rafa Mir in extra time.

The Spaniards recovered from the hard initial blow, in the form of an injury to Óscar Mingueza and an Ivorian goal, and managed to neutralize the blow after half an hour thanks to Dani Olmo. After a second half of great chances, a goal from Max Gradel seemed to vanish Spanish hopes in the 91st minute, but Rafa Mir, in the first ball he touched, revived Spain and forced extra time.

The goal of the Murcian striker spurred on ‘Rojita’, who as soon as overtime began, had the opportunity to go ahead for the first time after the Venezuelan referee decreed a penalty by the hand of Bailly, author of the first African goal; Oyarzabal stood before eleven meters to bring the ticket closer to the semifinals, which Mir certified with four and one minutes remaining, closing his hat-trick.

In this way, they will face the winner of the duel between host Japan and New Zealand next Tuesday at the Saitama Stadium 2002. On the horizon, the final in Yokohama, where the Spanish would seek to emulate the team that won the gold at the Barcelona’92 Olympic Games.