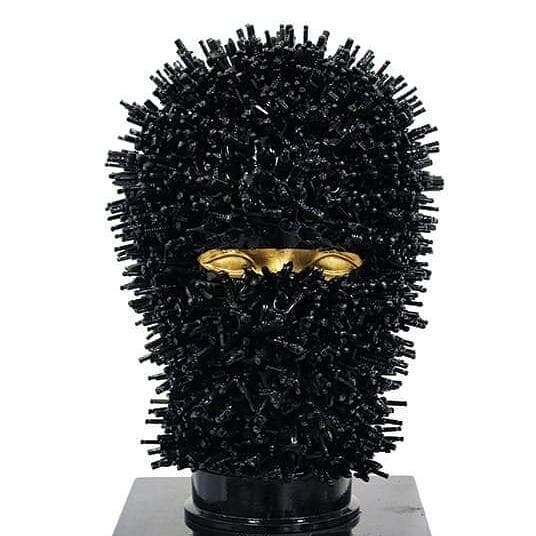 Art Dubai will be staged until Saturday with exhibits by a number of galleries from around the world.

Among the international showcases is Zawyeh Gallery, a Palestinian art hub that promotes emerging and established artists – from Palestine and the diaspora – through various thematic exhibitions at home and aboard.

Sète: the Paul-Valéry museum reopens with five beautiful exhibitions (Finding #Languedoc). Because of the confinement, “4 to 4” (four exhibitions to four artists) had barely had time to open. The works of Bashar Alhroub, Cécile Borne, Isabelle Leduc an… https://t.co/MEPRH3idBu

The gallery’s director, Ziad Anani, told Arab News that this was the first year since its participation began in 2016 that the foundation had featured artworks by multiple creatives at Art Dubai.

“Most of our previous participants were solo exhibitions, except for 2018 when we had a joint exhibition. This time we are having a collective for three young artists. We have two emerging artists that we never exhibited for in Art Dubai,” he said.

The visual artists are Bashar Alhroub, who previously exhibited at Art Dubai, Ruba Salameh, who did a solo exhibition at the gallery’s newly opened location in Dubai’s Alserkal Avenue, and Yazan Abu Salameh, who will be displaying for the first time in the UAE.

On the Palestinian art scene, Anani, who recently moved to the UAE after being in Palestine for 34 years, added: “The art market is very weak. We barely have collectors inside Palestine.

“This makes the artists more isolated and makes them think creatively differently and produce work that can deliver specific messages about their situation as Palestinians under occupation. Their work might not be political directly, but conceptually definitely it has something to do with it.”

He pointed out that visitors were often not only impressed by the artists’ work but also connected with Palestine through the creatives.

“When we exhibit in Dubai, there is a large number of Palestinians that want to come to the gallery and get updates on the exhibitions and see more artworks, because maybe they are disconnected from their land. They are Palestinians, but they are living abroad.

“They ask a lot of questions about how the situation is going and how the artists are surviving, what they are working on,” Anani said.