The remains of Neolithic buildings were found on the island of Ghagha. 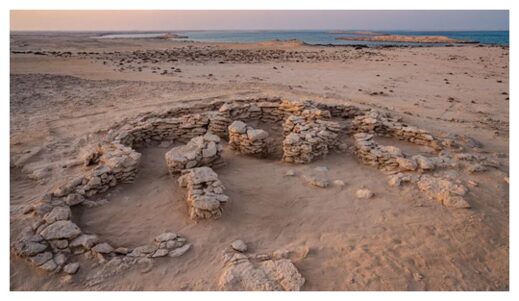 © DCT Abu Dhabi
The remains of the Neolithic stone structures.

Archaeologists have discovered the oldest structure ever found in the United Arab Emirates (UAE) — the remains of a building that may be 8,500 years old.

The structure, which dates to the Neolithic period, was found by archaeologists on on the island of Ghagha off Abu Dhabi.

An analysis of carbon isotopes, or versions of carbon, within charcoal fragments from the site show that the structure is 500 years older than any structures found before in the UAE, according to a February statement from the Department of Culture and Tourism – Abu Dhabi (DCT Abu Dhabi). Previously, the oldest structure found was on the island of Marawah.

“These archaeological finds have shown that people were settling and building homes here 8,500 years ago,” Mohamed Al Mubarak, the chairman of DCT Abu Dhabi, said in the statement.

The find highlights the historical connection between the people of the UAE and the sea. Before this discovery it was believed that people settled in the area which is now the UAE later in the Neolithic period as people expanded long-distance maritime trade routes, Al Mubarak said.

However, the new discovery shows that Neolithic settlements existed before the evolution of trade in the area.

The structures found on Ghagha are believed to have been houses for a small community who lived on the island year-round. The rounded rooms have stone walls, the remains of which measure 3 feet (1 meter) high. Archaeologists also found artifacts, such as stone arrowheads, at the site. These would likely have been used for hunting, with the inhabitants of the island also relying on the sea for resources. 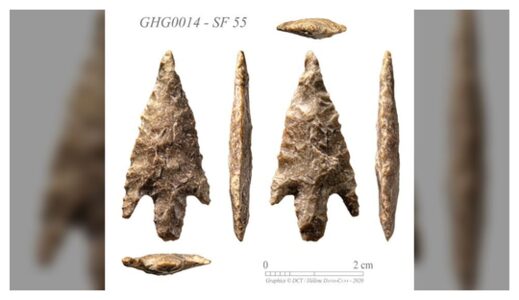 © DCT Abu Dhabi
The stone arrowheads found at the site on Ghagha.

Archaeologists don’t know exactly how long the settlement was inhabited, but the burial of a person at the site 5,000 years ago, after the settlement was abandoned, illustrates that the structure was an important cultural and historical aspect of the island. Burials from this period are a rare find on the Abu Dhabi islands, according to the statement.

When Neolithic people lived on Ghagha and Marawah, these islands weren’t “arid and inhospitable,” but a “fertile coast,” according to the statement. “This evidence recasts Abu Dhabi’s islands within the cultural history of the broader region.”