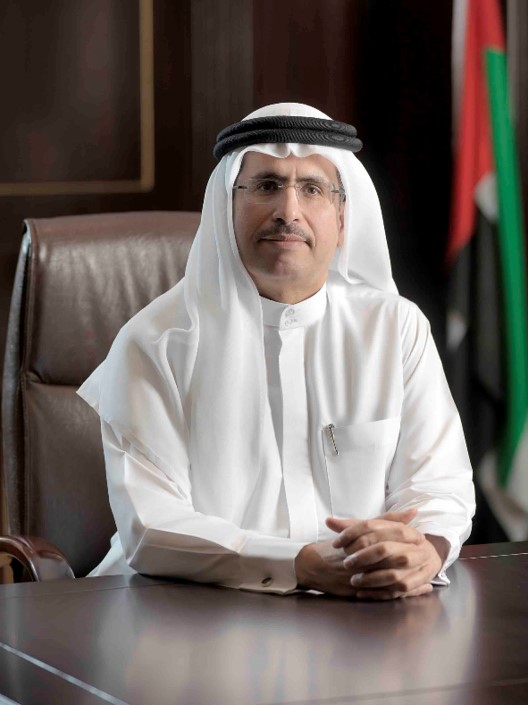 Dubai, UAE 5 October 2021- Under the patronage of HH Sheikh Mohammed bin Rashid Al Maktoum, Vice
President and Prime Minister of the UAE and Ruler of Dubai, the 7th World
Green Economy Summit (WGES) starts on Wednesday, 6 October 2021. The two-day Summit
is held at the Dubai Exhibition Centre, Expo 2020 Dubai, and can also be accessed
virtually through the website www.wges.ae.

At the
UAE level, WGES will
witness the participation of HE Mariam Bint Mohammed Saeed Hareb Almheiri, Minister of Climate Change and Environment; HE Dr
Ahmad Belhoul Al Falasi, Minister of State for Entrepreneurship and Small and
Medium Enterprises; HE Shamma Bint Suhail Faris Al Mazrui, Minister of State
for Youth; HE Saeed Mohammed Al Tayer, MD & CEO of
DEWA and Chairman of WGES; and other officials from the public and private
sectors.

HE Al Tayer stated that the World Green Economy Summit
is held this year with the theme ‘Galvanising Action for a Sustainable Recovery’
as it focuses on strengthening the foundations of cooperation among world countries
in innovation, technology, and finance, as well as discussing modern methods
and technologies for a green economy. He pointed out that organising this
year’s Summit held in conjunction with Expo 2020 Dubai, with the theme ‘Connecting Minds, Creating the Future’ consolidates the position of the UAE
and Dubai as a global hub for accelerating the pace of sustainable development
and stimulating investments in the green economy.

HE Saeed Mohammed Al Tayer starts the event with a
welcome speech followed by a keynote by HE Mariam bint Mohammed Saeed Hareb
Almheiri.

Within the pillar of ‘Green Economy and Policies’, the
programme also includes a panel discussion titled ‘The Road to COP26’. For the Green Finance pillar, two
discussion panels will be held titled ‘The coming green infrastructure boom’
and ‘Financing Africa’s Sustainable Energy Future’. In the Youth pillar, the
session is titled ‘Young
people’s crucial role in combating climate change in the Middle East’.
In the Innovation and Smart Technology pillar, there will be a discussion panel
titled ‘Building
Back to NetZero’.

Furthermore, on the first day, participants will learn
about Denmark’s Climate
Partnership Model. In 2019, Denmark announced a 2030 target to cut
carbon emissions by 70% as a step towards achieving full climate neutrality by
2050.

The second and final day of the Summit features a
speech by HE Mariam bint Mohammed Saeed Hareb Almheiri about ’Sustainability
and Food Security’. HE Dr. Ahmad Belhoul Al Falasi will talk about the role of
youth and SMEs in driving climate action forward. There will be a video speech by
HE Ban Ki-Moon. Sanda Ojiambo will deliver a speech titled ‘Half a Degree
at a Time: A Paradigm Shift Towards a Sustainable Business’. Lewis Pugh,
Endurance swimmer and Patron of the Oceans, United Nations, will talk about ‘Rising Sea Levels
and Melting Ice Sheets: The True Cost of Climate Change’. In the Green Finance
pillar, there is a panel discussion titled ‘Risk
and Reward— Sustainable Finance’, and another session titled ‘How-to: ESG
disclosure and avoiding greenwashing’. In the Green
Economy and Policies pillar, there is a session titled ‘The Coming Regulatory
Scrutiny’, and another session titled ‘High Tech Agriculture
Propelling Food Security’. In the Youth pillar,
there will be a session titled ‘Tech to Power the Green Infrastructure’, and
another session titled ‘Today and Tomorrow’. The
Summit will conclude with the launching of ‘Dubai Declaration’, which includes
recommendations of the participants, the outcomes and the highlights of the event.

WGES 2021 coincides with the 23rd Water, Energy,
Technology, and Environment Exhibition (WETEX) and Dubai Solar Show, which is
being organised by DEWA from 5-7 October 2021 at Dubai Exhibition Centre at
Expo 2020 Dubai.