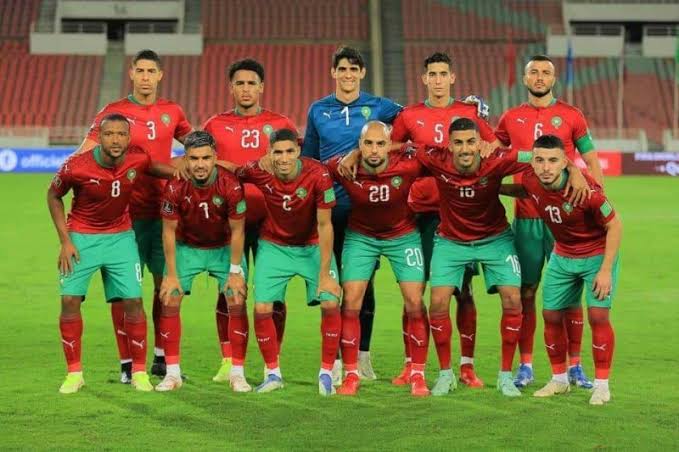 Morocco will look to take total control of Group K in the 2023 Africa Cup of Nations when they face Liberia at Stade Mohamed V in Casablanca on the evening of Monday 13 June.

Morocco got their qualification campaign off to a good start by defeating South Africa 2-1 in Rabat last Thursday, and a victory in this clash would put them on the cusp of qualification in a three-team group.

The Atlas Lions trailed to an early goal from Bafana Bafana’s Lyle Foster but equalised through Youssef En-Nesyri and secured the victory thanks to a late strike from Ayoub El Kaabi.

He said; “The boys played well but failed in the achievement by missing a lot of chances. But we must still congratulate them for their combativeness, their will and for their quality of play.

“Now, we must rest and treat the little [injuries] before preparing for the match against Liberia.

“And of course, I’m waiting for another victory… a second and we’ll almost be qualified for the next Afcon.”

Liberia, who were not in action last week due to Zimbabwe’s disqualification from Group K, have qualified for the Afcon just twice: 1996 and 2002.

Their attempt to reach the 2021 finals saw them exit in the preliminary round after losing on penalties to Chad (after a 1-1 aggregate draw).

The Lone Star come into the clash on the back of three friendly defeats (at the hands of Benin, Sierra Leone and Burundi) in March, but former player Anthony Laffor believes they should not be underestimated.

“People must not think it is going to be an easy run against Liberia, you underestimate us at your peril,” Laffor said.

He said; “It is not going to be an easy run for any country against us because this generation of players is determined and wants to make a mark for the national team.

“We have a coach in Peter Butler who has been with the team for about two years now and he is trying to rebuild the national team. I think this time it is going to be different with the level of professionalism that the coach has brought in.”

In head-to-head stats, Liberia and Morocco have met in three matches dating back as far as 1981. The Atlas Lions boast two wins compared to one for the Lone Star. The team’s most recent meeting was a friendly in July 1987 which Liberia won 2-1 in Monrovia.

Niger referee Mohamed Moussa will take charge of the match in Casablanca.