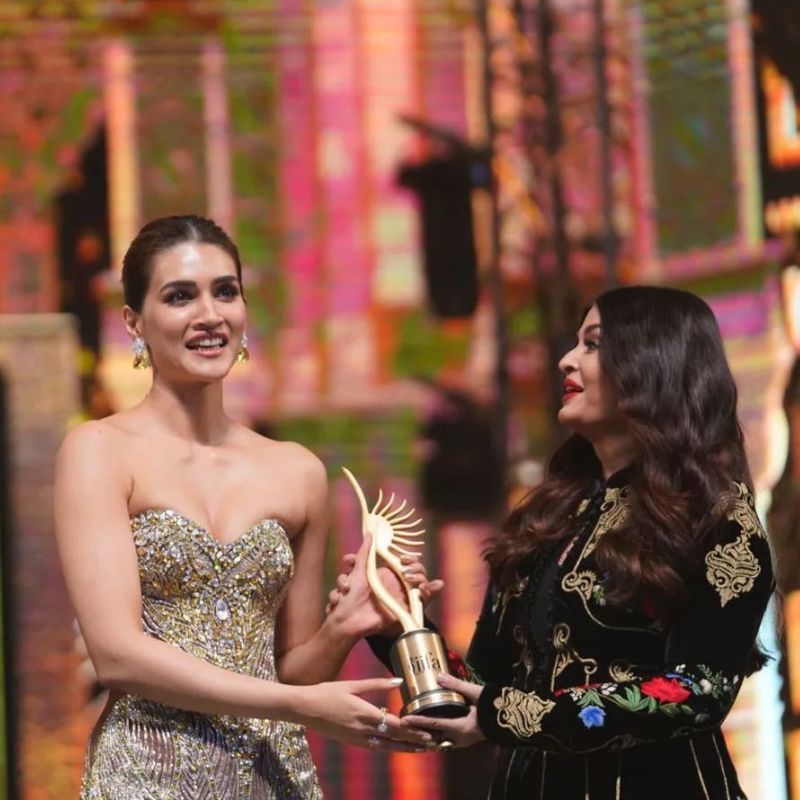 Hair-raising performances, rib-tickling banter, and a celebration of some of the best Bollywood movies marked the 2022 edition of the popular IIFA awards. Held in Abu Dhabi, the ceremony saw biographical-war film Sheershah bag several awards as well as exciting performances from Sara Ali Khan and Shahid Kapoor. If you missed out on the fun, we’ve got all the glamorous details.

After a two-year gap, the International Indian Film Academy (IIFA) awards were held at the Etihad Arena in Yas Island, Abu Dhabi. The Rocks event took off on June 3 while the awards ceremony was held on June 4. The former was hosted by Om Shanti Om director Farah Khan and Stree actor Aparshakti Khurana. The latter, meanwhile, was helmed by popular actors Salman Khan and Riteish Deshmukh as well as TV presenter Maniesh Paul.

IIFA stated that over 150 film nominations were a part of the selection process this year. Leading this contingent is Ranveer Singh-starrer Sheershaah, which had over 12 nominations, followed closely by Ludo, featuring Abhishek Bachchan, Rajkumar Rao, and Fatima Aana Shaikh, with six nominations.

Sheershaah later went on to bag six awards, the most at the ceremony, including Best Picture and Best Director (Vishnuvardhan). Vicky Kaushal was crowned Best Actor for his performance in Sardar Udham while Kriti Sanon won big for Mimi by bagging the award for Best Actress.

#Shershaah emerges as a top winner at IIFA 2022. With a total of 6 awards to its kitty, it won the maximum awards for a film last night. pic.twitter.com/IvYgoXl7fA

An applause broke out at the venue for actor Pankaj Tripathi, who won the Best Performance In A Supporting Role award for his role in Netflix’s Ludo. Tripathi was nominated for both 83 and Ludo and the actor good humoredly quipped that he wasn’t sure which of the two he’d won the title for. Ahan Shetty, meanwhile, won the award for the Best Debut Male, with his father Suniel Shetty taking to Twitter to express his joy.

Wow what a moment for any father … congratulations son … words can never ever capture how much I believe in you …love you #AhanShetty …thank you @IIFA for this beautiful moment !! https://t.co/Eo5KLwv8NF

The performances this year were a touch apart from those typical at IIFA, with influences from local folk cultures being incorporated into the festivities. Sara Ali Khan was accompanied by tanoura dancers as she lit up the stage with her colourful performance to Chaka Chaka from Atrangi Re.

Abhishek Bachchan, meanwhile, grooved to Macha Macha re from Dasvi, with Emirati Ayala dancers, seamlessly merging the choreographies. His performance was one of the most anticipated of the night and the actor lived up to the hype, adding in an impromptu dance with his wife and actress Aishwarya Rai and daughter Aaradhya to the mix.

Actress Nora Fatehi added to the fun with her performance to Dance Meri Rani with Kashni, a young dancer from Abu Dhabi who found her through the dancewithNora hashtag. Actor Vicky Kaushal, who had a private wedding with actress Katrina Kaif, was presented with a mock baarat in a humorous recreation by Riteish Deshmukh and Maniesh Paul, which included a makeshift horse and a cardboard cut-out of Kaif.

At #IIFA2022 in Abu Dhabi, #SalmanKhan becomes emotional while speaking at the awards ceremony https://t.co/ddJHRnox5v pic.twitter.com/H2vivo1nVf

Host Salman Khan made a teary-eyed speech regarding his early struggles in the industry, crediting actor Suneil Shetty – who then owned an apparel shop – as well as producer Ramesh Taurani and actor Chunky Pandey for supporting him.

British film and television producer Simon Fuller, meanwhile, revealed that he was working on a new television show to take Bollywood to the world, revealing that he had watched several films over the years and believes they are visually strong with fantastic music.

The ceremony wrapped with a bang, complete with fireworks and a high-energy tribute by Shahid Kapoor to late Indian composer and singer Bappi Lahiri who passed away earlier this year in February.

On the playlist were tracks like Yaad Aa Raha Hai, a nostalgic throwback to the white, 1970s disco outfits as well as Tamma Tamma and Disco Dancer. He bust a move to Raat Baaki Baaki with actress Ananya Pandey and Dance Dance with Nora Fatehi.